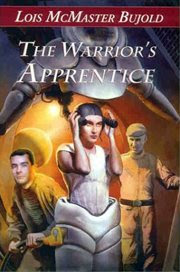 Shh! Don’t tell my husband, but I once fantasized about having “sex” with Miles Vorkosigan.

As many of you know, Miles faces a number of physical challenges, one of them being that he’s of short stature. Yet he’s a charismatic and sympathetic character in the extreme. So when I read about him reflecting that a woman in whom he’s interested would be repulsed by his body during sex, I found myself thinking, well screw her, Miles. I’ll be with you!

Then the experience happened again yesterday when I saw the film WATCHMEN. I had fallen hard for the superhero character Nite Owl when I first read the story. At the time the tale takes place, he’s past his prime and out of shape—“an impotent, middle-aged Clark Kent.” Even so, he’s such a warm and compelling character that during one of his scenes in the film, I wanted to rub my hands all over his sexy paunch. (Luckily, I managed to pull my hands back before anyone noticed my excitement. Kidding.)

I’ve had similar daydreams about other physically flawed heroes. However, these fantasies (no worries—I’ll spare you the details!) weren’t so much fantasies about becoming intimate with their bodies as they were fantasies about becoming intimate with their personalities. I love the challenge that ensues when a character forces me to question my cultural assumptions about beauty, physical strength, and sexual prowess. I like to think I’m a more sensitive person for the insights I’ve gained. 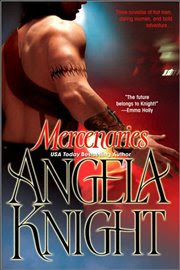 But oh golly, I can’t deny the appeal of what’d it be like to lay my hands on a hardbody hero, either. Fantasies with those characters (I swear, this isn’t a hobby of mine or anything. Couple times a day, tops) provide escapism in a different sense. Romances offer so many (Westernized) ideal hero body types that it’s impossible for me to resist at times, despite my actual experiences to the contrary.

Science fiction romances have and, I hope, continue to offer readers both kinds of heroes, the physically impaired and the physically flawless. And I hope to encounter more of this type of variety among heroines. In both the current and the previous SFR book I’ve read just this month, both heroines had extensive scarring of some nature. I find those details not only intriguing but also attractive and appealing. A couple of books before that, the heroines were presented, physically, as practically perfect in every way.

I’m wondering if the pairing of romance with SF skews toward heroes and heroines with physical ailments/impairments/otherness (e.g., cybernetic implants). Or maybe that element is not all that unique compared to other romance subgenres. What do you think?