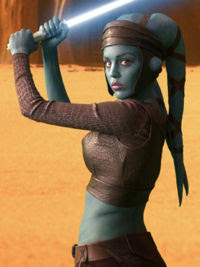 Many people, including me, have noted the irony of the RWA president, Diana Pershing, implying in the June RWR missive that RWA knows better when it comes to digital publishing than an experienced, successful literary agent such as Deidre Knight—who is also an epublished author.

I’m sorry…what? Like Ms. Knight didn’t know what she was getting into when she submitted her book BUTTERFLY TATTOO to Samhain Publishing?

Well, Deidre Knight clearly understands the power of The Force, for she hath spoken!

At the Electronic and Small Press Authors’ Network (ESPAN), Deidre Knight shared her observations about the current #rwafail in The Digital Age and RWA: A Call for Change. (Settle back with a big mug of coffee or tea, because the comment section is chock full of authors, readers, and editors speaking out.)

There are many informative comments, but I’m quoting a few I thought were of interest to my passengers:

Angela Knight, who kick-started her career in epublishing, commented thusly:

I know epublished authors can and do make money epublishing. The Board is calling for “hard numbers” too back the claims. If anyone is willing to turn in their numbers (as in income for 2008 as claimed on taxes), that would help. If you wish to turn them in to me privately, email to me at marilacroix @ yahoo.com (no spaces). I will keep your identity confidential.

It [RWA] may not be worth it to some– but before you drop out, I ask you to consider what your goal is. To have RWA recognize epubs and small presses in a more current way?

Then the best way to have that happen is to stay involved. Join ESPAN… as the ranks of this chapter rises, as the number of people in RWA start demanding change, start talking about it — it will be harder to ignore. More difficult to say that leaving epubs and small presses OUT of the equation is best for “the membership at large.”

Start emailing RWA and asking for what we want. When conference rolls around, and the lack of digital publishing workshops is recognized, we should be writing them. Emailing them. Posting about it. Talking about it.

As readers, we all benefit from having as many choices as possible regardless of whether we act on those choices. It saddens me to think we’re missing out on great science fiction romances and other stories because stances such as RWA’s discourages writers from taking advantage of perfectly legitimate opportunities.

So far this year, I had the pleasure of reading Karin Shah’s STARJACKED, Ann Somerville’s INTERSTITIAL, and Nathalie Gray’s MECHANICAL ROSE, among others. And I just ordered two more. I’m on a ball and I’d sure like to see it keep rolling.

RWA’s dismissive attitude toward digital publishing makes me wonder: Do the powers that be think they know better about what readers want than the readers themselves?