Heroine Pilots in SF: Too Many or Not Enough? 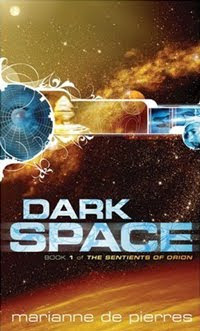 In a review last year at Calico Reaction of Marianne de Pierres’ DARK SPACE: BOOK 1 OF THE SENTIENTS OF ORION, blogger Shara Saunsaucie White states the following while setting up the book’s premise:

“…Baronessa Mira Fedor is on the run after she learns that her innate, inborn talent to fly ships (really? ANOTHER ONE? What IS it with women writers and this particular device?***) is going to be stolen from her.”

And here’s the footnote:

“*** = Not that I haven't enjoyed the ones I've read. But I never paid attention to this plot device until someone told me how overused it was when Grimspace was released, and then I realized that Catherine Asaro uses it, as does Kristin Landon, and now I see it everywhere. Every time I consider an SF written by a woman, it uses this device…at this point in my reading, I'm finding it a cliched convention.”“

I thought it fascinating that the three authors Ms. White referenced were ones who write SFR. But are heroines with the innate ability to pilot starships really such a cliché? Already? 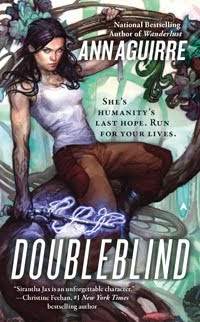 Color me blissfully indifferent, but I didn’t see the connection between the heroines in the books of Asaro, Aguirre, and Landon until Ms. White pointed it out (I came across the review of DARK SPACE a few months ago). I’m bemused by the connection more than anything, especially since I read a number of the books in question within the same year. Perhaps it’s just a case of one reader’s pet peeve, or simple odd coincidence to read about similarly enhanced heroines several times in a row.

But I do wonder: Are these heroines any different from all the heroes with the same ability? After all, in the stories of the authors noted above, both male and female characters possess such talents (even if only in passing reference). Why does it become a plot device when heroines across several books share a similar ability?

My feeling is that it’s not so much of a plot device as a case of heroines playing catch up when it comes to the roles traditionally cast with heroes. In SF, authors such as de Pierres, Asaro, et. al. are simply leveling the playing field.

Well, I don’t know if I care about the answers to those last two questions. Let the guys do what they want. Women authors are taking charge with these types of heroines and I say go for it, no matter how many we end up with.