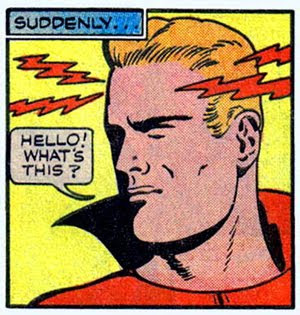 In the previous two posts, we discussed two major branding components of science fiction romance: genre labeling and content. Among those who participated in the discussion (and with the implicit approval of the silent majority of lurkers, tee hee), we reached a general consensus regarding continued use of “science fiction romance” as a marketing label. We addressed a few key points regarding story content, but largely this aspect is a work in progress—and that’s to be expected this early in the game.

SFR fans come from both the SF/F and romance realms--no secret there. We all have our individual preferences for this blend, whether they be SFR heavy on the romance or the science fictional elements (or both if a lengthy word count allows it). Many of us are willing to adjust our expectations for this hybrid genre, although it's downright fabulous when authors strike just the right balance, which, of course, can mean different things to different readers.

While it certainly won’t happen overnight, as far as attracting new readers to the genre we may be able to cast our net beyond the romance community. Here are a few categories of existing and potential science fiction romance fans:

* Those who enjoy paranormal romance

* Those who are tired of paranormal romance

* E-book aficionados/early adapters of dedicated devices (which include both romance and SF readers. Did you know that “Kindle readers purchase more books than most heavy book purchasers”? Did you also know that JA Konrath makes more money from his Kindle sales than from his print ones? Have you read this Kindle success story?)

Nothing is 100% for everyone. If we can siphon off x percentage of romance, paranormal, and SF readers, then that will count as a great success. Such an achievement doesn’t need to change the face of publishing to constitute a hit or failure. As an investor, if I can turn $10 into $50, I’m happy. There are those who would turn up their noses at this, and hold out for something that’s either $100 million or forget it. But it means they’re turning down a steady, but building revenue stream.

Build the Buzz, and they will come

We currently have tools at our disposal that can help build mass amounts of buzz. There’s buzz about the genre in general, and then there’s the buzz associated with breakout books. Lucky for us, in addition to print mediums such as RT Book Reviews and Loveletter, we currently have the power of teh Internets (blogs, Twitter, various forums such as Goodreads & Shelfari, as well as emerging digital ebook technology). However, we can also network with potential SFR readers in a time-tested tradition: by recommending reads to friends as well as folks we meet at bookstores and libraries.

Perhaps our best investment right now is time—devoting time to talking about our favorite stories. Authors will have certain promotional costs, of course, and free books/excerpts will continue to be effective loss leaders, but if you ask me, I’d rather authors use the money they’d spend on bookmarks/book videos/t-shirts to pay themselves to get online and engage other readers in discussions—not just as authors, but as readers. Name recognition alone has a wide reach.

In response to my earlier post Does Science Fiction Romance Need a Gene Roddenberry?, Linnea Sinclair stated that “The visual media has NOT been romance-deficient. But watchers are not always readers, apparently.”

Her observation certainly rings true. Still, I wonder if conventions have been underutilized as buzz-builders and reader recruitment arenas. It’s no accident that publishers of all sizes congregate at the major ones to showcase their wares. These might be the locales in which to target viewers who enjoy romance and SF blends in films and television and even fanfiction.

Perhaps another way to look at this is to find the fans of visual media SF and lock them in a room with a science fiction romance book encourage them to try FIREFLY/BATTLESTAR GALACTICA/STAR TREK in book form. It’s all in the pitch—a pitch that would be especially effective if it were delivered in the form of a panel (with giveaways, of course).

As many times as I’ve attended Comic-Con San Diego, I have yet to see a panel or booth devoted to science fiction romance or some variation thereof. Whose fault is that? Certainly not the attendees. If no one beats me to the punch, I will pledge to make that happen (like I really need an excuse to return, lol!).

Yes, this type of endeavor requires a financial investment but it seems to me it could be accomplished for the price of a single book video—maybe less. Plus, you’d get to hang out with Wolverine.