The Politics of a Galactic Dictatorship by KS Augustin

As a writer of SFR, I have a couple of universes I play in. The one I first created was the Fusion, but the one used for IN ENEMY HANDS is the Republic.

I love politics. I love reading about and thinking about it and someone wise (I forget who) once said that science-fiction is the projection of politics. So, when building a world, I tend to look at the political first. 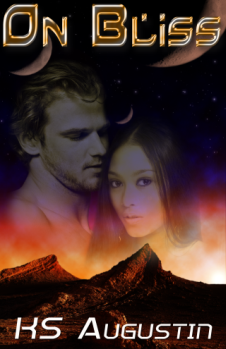 The stories I've set in the Republic (ON BLISS, PRIME SUSPECT, A PIRATE'S PASSION and now IN ENEMY HANDS) occur a few centuries from now, where about a third of our galaxy has been dominated by humans. I don't have a lot of faith in humanity because I posit that, in the drive for rule, humans have continued to discriminate. In our time, people of different colour or sexual persuasion are singled out; in the future, my theory is that non-humans will be. They are called “Subs”, short for sub-human. Not worth bothering about. A necessary evil. Expendable. And they know it.

Among the most hated of all the Subs is a species of shapeshifter. Although you won't read about them in my latest novel (ON BLISS has one), IN ENEMY HANDS does reference them. Shapeshifters are hated because they can appear to be someone else. Their potential for toppling the Republic is high, and so the Republic is hell-bent on a campaign of extermination of that species.

But it's not only the Subs who suffer under Republic control. Humans too are locked into a caste system that determines what opportunities they can access, what assets they're allowed to acquire, and so on. There are only two groups of people who are outside this caste system. The first group is the Gentry, a group of humans who supposedly can trace their association back to a fabled Earth president. Through networks of similarly-placed people, they have built up enormous power and assets. A lot use this influence in the political sphere, although some want to lead nothing but an hedonistic life, frittering away their money in one extravagant gesture after another. The second group outside the caste system are the pirate cartels who roam space, killing and stealing as they see fit. (A PIRATE'S PASSION describes a situation where both groups meet and pirates also make a brief appearance in IN ENEMY HANDS.)

If you want a mental image, don't think of the Republic as resembling one giant amoeba of area in the galaxy. In order to make things work, I've ignored relativity through the use of “creases”. Think of a blanket with creases in them. If you roll a marble near one of these creases, the marble will drop into it and, presuming it's independently propelled, will come out at the end of the crease. Republic space is like that. The “crease” is a runnel through hyperspace. You can enter one anywhere along its length, but you only come out at the destination. The destination may be the star system next door, or it could be at the other end of the galaxy. So, the Republic resembles more a spider's web than a blob. The problem with creases is hyperspace. It is so chaotic that a human looking at it will go insane. Because of this, all hyperspace navigation is dependent on software and all transparent ports are locked down tight during crease travel. Definitely not recommended for claustrophobics. 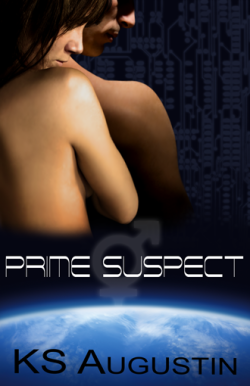 The second problem with creases is that some of them appear to be unstable. Ships are getting lost. The surety of interspatial travel is being thrown into doubt. Ah, but that's for another novel!

I really like the Republic because there's so much potential for nefarious goings on. And there is a larger arc I have in mind with more stories involving Shapeshifters, pirates, dissidents, not to mention the loathsome Security Force.

What I've tried to do with IN ENEMY HANDS is provide a bit more information on the Republic through the lens of a love story. It's all relevant and it will all tie together as the series progresses, although the stories really are – to all intents and purposes – standalone.

Thanks again, Heather, for inviting me here today and if anyone has any questions on the Republic, I'd be happy to answer them!

Kaz Augustin is a Malaysian-born writer of science-fiction, romance, and permutations of the two. Her website is at http://www.ksaugustin.com and she blogs at http://blog.ksaugustin.com You can also find her on Facebook and Twitter; just look for “ksaugustin”.

COMPETITION: Kaz is giving away two copies of IN ENEMY HANDS at her blog, Fusion Despatches [http://blog.ksaugustin.com]. To be in the draw, stop by and comment at the Competition post, telling her at which blog (::koff:: Galaxy Express ::koff::) you read about her book. You have till 30 June!