Most alien species in SF/R novels are portrayed as more humanoid than alien. Most have kingdoms, democracies or dictatorships, just like humans. Most have a desire to explore, discover and/or conquer—just like humans. Some have the ability to fall in love with, and even interbreed with, humans—uh, just like humans. Hey, it works. It’s hard to have a love affair with a giant floating space sponge.

When I’m populating my fictional universes, I find it fascinating to play with human diversity. With SF and SFR, the definition of diversity expands beyond “variety in race” to “variety in human subspecies.” (A subspecies is the division of a species, by geographical isolation or other factor.)

Because of the vastness of space and time, I think there’s a low probability that we’ll ever encounter a “peer” alien race. We’re much less likely to deal with human-like aliens than humans who become alien by our own frame of reference.

As humanity expands beyond the microcosm that is Earth to settle new worlds, new moons, new places in space, the end result must be diversity. Man will adapt and evolve—either physically or artificially—to new environments. 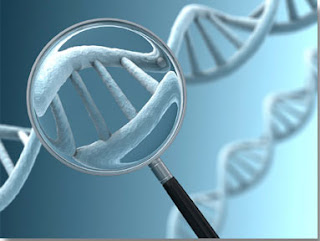 Artificially? Oh yes, even now we’re dipping our fingers into the gene pool pie. One of my favorite SF characters materialized in John Scalzi’s Old Man’s War series. He was a typical military sort, a young lieutenant who liked to play in anti-gravity airlocks, trade gibes with his peers, obsess about sex, and work on his doctorate when he was bored. He worked in space. Literally, in space. In fact, he’d been genetically engineered to fulfill a mission. Though human to the core in thought and motivation, this character was, physically, a four-handed space turtle. How diverse is that?

Things get even more complicated (and interesting) with technology. Bionic humans. Cyborgs. Artificial humans. Catherine Asaro’s Alpha is one example. The hero defies his chronological age with the help of medical nanotechnology. The heroine is a construct—an android—who kidnaps him.

Development of new mental abilities is another interesting area. In Linnea Sinclair’s Gabriel’s Ghost and Shades of Dark, Sully develops psi-based abilities that transform him into something feared and loathed by humans. (Unless that human is Captain Chaz Bergren.)

Even without genetic, mechanical or mental manipulation, diversity happens. This may come as a surprise, but recent research surrounding proto-dog suggests these changes may not require millions of years, but only a few generations! It appears Mother Nature has equipped our genes with the ability to spontaneously react to sudden shifts in the environment. 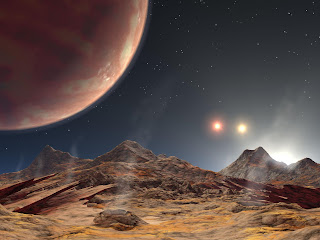 In the future, as we settle worlds with greater gravities, spontaneous evolution could cause the human form to become more dense and compact. Or conversely, in worlds with lesser gravities, residents could evolve as much taller and lighter-boned. Genetic pockets may exist where isolated populations with fixed genomes ‘breed true,’ or could harbor recessive traits that trigger super-human abilities…or lethal flaws.

We may not even have to travel into space to encounter an environment that begins to remold us. We’ve been gradually altering Earth’s environment for decades. (Can you say Apocalyptic SFR?)

What great fodder for the imagination! My muse hearts diversity.

***
Laurie Green is an award-winning Science Fiction Romance writer who, in cooperation with several peers, founded the SFR Brigade, a community of science fiction romance authors, writers and professionals. She's also known as one of the proprietors of Spacefreighters Lounge - a blog that focuses on SF/R news, research and the craft of writing.