Stinky Heroines Are Sexy, Too 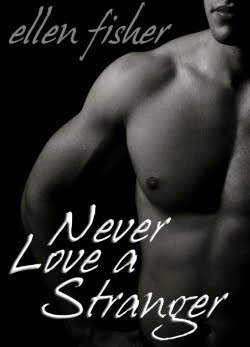 I usually know what I want in my science fiction romance, but there are times authors give me something I didn’t know I wanted. Occasionally the experience arrives in the form of an entire story; other times it’s merely a detail. And lucky for me, it’s always a pleasant surprise.

Case in point: A scene in Ellen Fisher’s NEVER LOVE A STRANGER (one of two science fiction romances she wrote). As you may recall, the author made her backlist available on the Kindle (I interviewed her about the experience here). At .99 cents, the novella is a steal, so I ordered it.

I finally had a chance to read the story. Basically, it involves a hero and heroine on the run, time travel, a Big Brother type institution known as the “Bureau,” and a romance with hot sex. (And this was before the forthcoming sci-fi romance film THE ADJUSTMENT BUREAU—looks like Ellen Fisher was ahead of the curve!).

Now, the opening of the story begs for suspension of disbelief. I mean, it starts off with the heroine discovering a naked man in her kitchen. We get lots of details about all of his luscious parts. The story could easily have veered toward camp (hello, KNIGHT OF A TRILLION STARS!), but the author grounds it with a lot of realism. Not only that, but she melds the romance pretty seamlessly with the skiffy elements. Of which there are plenty. NEVER LOVE A STRANGER is one for the romance crowd, but the story directly embraces social commentary and themes.

But what I’d like to blog about specifically could only happen in a science fiction romance. It’s because Ellen Fisher mixed SF, romance, and love scenes that I discovered what I did about my reading tastes.

It also involves a major spoiler. You know me, I prefer to avoid spoilers if at all possible. But one part of this story struck a particular chord with me, especially since I didn’t know it was an element that would resonate with me. However, it’s an SF trope that many of us enjoy reading about, and I promise not to go into any other detail.

So what exactly had me grinning with satisfaction? Read on:

I’m going to quote the specific scene. To set the stage, the hero and heroine have been on the run for a while, and haven’t had a chance to shower. But they are in a safe place, and about to make love. Spoiler Alert: The hero is an android.

“James,” she objected, trying to push her knees together. “Don’t. I’m all sweaty.”
He held her legs apart with no effort. “It’s all right, Annie.”
“But I stink,” she said plaintively.
“No. You smell wonderful, as you always do.” He looked up and gave her a quick flash of his lady-killing grin. “I suspect you taste wonderful, too.”

The heroine then silently contemplates the exchange: “The reminder that he found her attractive, no matter what, sent a stab of pleasure through her.

After reading that passage, I was like, “Heck, yeah! Sign me up for that fantasy right now!” I’ve never actually thought about it before, but here’s a quality I can appreciate in an android lover: one who doesn’t register body odor that’s gone ripe. Or who might even be able to reconfigure his neural net so that even the rankest body odor smells like roses. Or simply doesn’t have the same prejudices toward musty armpits that a human lover might.

I enjoyed this scene for a few reasons. One is the sheer fantasy of having a lover who doesn’t care how you smell (a particular concern where female monthly hormone changes are involved). Another is that James is an android lover—so very exotic!

I also like that the author didn’t shoehorn in a shower scene just so the heroine could be pristine. Yes, one could argue that she found another way around having to deal with an odiferous heroine, but still, I felt it was both organic to the story and an exploration of how intimacy might be different with an android lover. I mean, wow, how refreshing. What freedom that promises, to not have to worry about overwhelming one’s lover with unpleasant body odor.

Well, I’m sure that wasn’t what you were expecting about Ellen Fisher’s NEVER LOVE A STRANGER, but there you go. Now tell me I’m not alone—have you ever come across something in a book that tapped into a fantasy you didn’t know you had?