What, No Space Battles?

There are days in which I wonder if I even know my own tastes.

If you were to ask me which kinds of science fiction romance toward which I gravitate the most, the answer is easy: the good kind. Ba-da-dum!

Seriously, I’m a fan of all the sub-subgenres. While I may read some more than others, there isn’t one I won’t try. I particularly like stories with elements of action-adventure, mystery, and even gore/horror. I crave meaty plots and high levels of conflict, whether external or relationship-based.

Remember Animal from THE MUPPET SHOW?

Yeah, I love me some high octane SFR like that. Which is why some stories utterly surprise me in how they defy what I think I’ll enjoy. 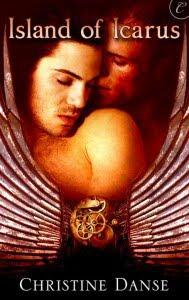 Not that I expected any, but there are no ticking bombs, no space battles, no explosions, no steampunk automaton running amok, and no kung fu fights of any kind in this story. I wasn’t sure exactly what to expect since the story blurb is seductively vague. Jonathan, the hero from whose POV the story is told is—get this—a professor. Meek and unassuming (well, unassuming except for his clockwork prosthetic limb), he’s about as far from an Alpha hero as a Hummer is from a potato.

Oh, sorry! Anyhoo, the other hero, Marcus is also an intellectual sort, and an inventor to boot. But he, too, is a mild-mannered gentleman. And a bit mysterious. What exactly is he working on, Jonathan wants to know.

The conflict is largely internal and reflects the coming-of-age (and coming out) aspects of the story. I found Jonathan likeable and, well, he’s simply very nice. Sometimes, “nice” can translate to boring, but I wasn’t bored by that part of his personality. It’s possible the m/m factor plus the steampunk made ISLAND OF ICARUS more exotic to me, and there was a bit of that, but I’m not so sure since neither element didn’t seem to overshadow the core romance story. The steampunk elements were a treat, but not enough to keep me reading had the rest of the story failed to keep my attention.

Ultimately, I didn’t miss the fact that this story lacked fireworks going off every five pages. Or rather, they were fireworks of a different kind—maybe an aromatic candle, perhaps.

What about you? Do you consider any of the science fiction romance stories you’ve read to be low-key or “quiet” in nature?