Wind Down After Work With a Science Fiction Romance! 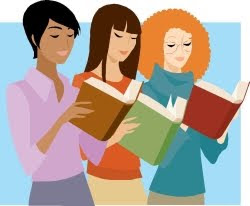 This post is kinda sorta related to my previous one about Johanna Lindsey’s re-issued WARRIOR’S WOMAN. Not so much that book but the conversation I had with Galaxy Express passenger Penny that followed our discussion about the WARRIOR’S WOMAN cover. (I do have some awfully exciting exchanges with my passengers!)

At any rate, we were discussing a question I had put forth, namely, “What factors make a niche product more mainstream while retaining its originality *and* attracting readers who previously wouldn't have been interested?”

In addition to big-impact social media influences such as popular television shows and break out books, Penny gave me permission to share her observation that another related factor is that many readers who read a book after a hard day’s work “just want to relax into a story and let it do the work for them.”

Plus, taking on a niche subgenre often means new territory for some readers, one that has its own learning curve.

I have to stop and chuckle a bit because my idea of winding down with a book sometimes includes stories with macabre imagery, such as DIVING INTO THE WRECK* by Kristine Katheryn Rusch, which I’m currently reading (strictly SF, by the way). While I may gravitate toward such stories, reading them deepens my understanding of why others prefer to avoid them after a hectic day.

However, not all science fiction romances ask readers to work as hard as they might for a general science fiction story. A big reason is that many if not most science fiction romances aren’t hard SF. At most, they may contain a handful of hard SF elements. Which makes me wonder: Is there an assumption that the SF in SFR refers to hard science elements (that is, aside from any bio-engineered erections)? Is that why some readers avoid this subgenre, because they don’t associate it with relaxation?

Even controlling for my own skewed taste, I can still think of many SFR books that would help readers wind down after a hard day’s work. Therefore, I’d like to recommend some titles for readers seeking a science fiction romance comfort read. These stories explore plenty of sci-fi ideas in an accessible or flat out fun way. In no particular order, they are:

THE ANTAREN AFFAIR by Erica Anderson
MOONSTRUCK by Susan Grant
SOMATESTHESIA by Ann Somerville
DRIVEN by Eve Kenin
NEVER LOVE A STRANGER by Ellen Fisher
BEYOND THE RAIN by Jess Granger
THE PROMISE OF KIERNA’RHOAN by Isabo Kelly
FINDERS KEEPERS by Linnea Sinclair
UNMASKED by C.J. Barry
TOUCHED BY AN ALIEN by Gini Koch
ISLAND OF ICARUS by Christine Danse

The above list only scratches the surface (if it didn’t, I’d be here all week). Still, I’d love to hear what kind of SFR you’d recommend to readers seeking to “relax into a story.”

*Thanks to Galaxy Express passenger A. who tipped me off about Ms. Rusch’s book.