An Interview With KT Grant, Author of “Brass Balls and Hysteria” 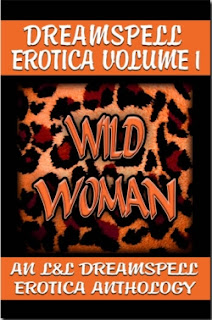 Erotic steampunk romance is nice and all, but what would really draw me to it on a consistent basis is the idea of steampunk sex toys. The subversive nature of sex toys in the Victorian era has a strong appeal to me, in part because it’s not exactly like one can read a textbook on the subject (however, a quick Google search turns up this interesting tidbit about “The Manipulator,” one of the first (steam-powered) vibrators). So if I can’t easily learn about the real thing, stories will go a long way toward fueling my imagination about what it must have been like for adventurous couples.

Here's the blurb for "Brass Balls and Hysteria":

Jessamine Starling is in in for the surprise of her life when she sneaks into the factory of her family’s biggest competitor and doesn't find a top secret dirigible project, but a steam powered sex chair that helps cures female hysteria.

“Brass Balls and Hysteria” is a totally outlandish but also entertaining story (the ending in particular was quite a hoot). Despite some of the over-the-top elements, KT Grant obviously researched for her tale and it shows. Now I’m even more excited to learn about the underground nature of Victorian sex toys—and I wouldn’t mind reading other stories with that premise, either. (Incidentally, author Christine Danse alerted me to Clancy Nacht's “A Certain Pressure In The Pipes” (Noble Romance)—an m/m steampunk romance—and given the reference to a "steam-powered Pleasuring Machine," I’m thinking it would make a good companion piece to KT Grant’s piece!).

I wanted to learn more about “Brass Balls and Hysteria,” so I invited KT Grant to come chat with us, and here she is!

The Galaxy Express: What was the inspiration behind “Brass Balls and Hysteria”?

TGE: Tell us a little about the hero and heroine. Who wields the brass balls in their relationship?

KT: Jessamine Starling is a tenacious sort of woman whose curiosity gets her in trouble when Roderick Monigold finds her lurking around his factory. The cocky and handsome Roderick has a special punishment planned for his lovely trespasser.

TGE: What kind of steampunk setting can readers expect?

KT: The setting is London, England, late 19th century where steam powered sex toys, flying robots and dirigibles are a part of life.

TGE: In a general way, how steamy are the featured erotica elements?

TGE: Does the steam-powered sex chair in your story come with any handy instructions—or perhaps a friendly warning?

KT: Since Roderick is the creator of the chair, he’s the only one who knows how to work it. He shows Jessamine in explicit detail how friendly the chair can be for women, as well as men.

Jessamine wiggled her arms and sighed. “Do not play dumb with me Mr. Monigold. I know all about your plans to unveil a new high class dirigible next week to try and make my family look bad. I had to stop that from happening.”

Roderick crossed his arms and stared down at her. “You silly girl. You had to put your nose in a place where it didn’t belong. You will be more than mortified when I tell you what Bennett and I plan to “unveil”, as you say it, at the Symposium.”

“Oh really? Could it have something to do with this strange hair you have me tied half naked to?” Jessamine squirmed, almost tipping the chair over. Roderick leaned down and placed his hands over her tied arms.

“Yes. You need to be punished. But I don’t think you’ll mind the type of punishment I have planned for you. You see.”

Roderick’s voice dropped and he blew into Jessamine’s ear, placing his lips against the side of her neck. “The Monigold Company has been commissioned by the London Board of Health and Medicine to invent a new machine to help stop growing hysteria in females. The chair you’re sitting on is a prototype we have created. The only thing left to do is to test it on a female suffering from the horrible disease.”

Jessamine trembled and closed her eyes as Roderick placed his hands around her neck and rubbed his thumbs across her collarbone. “Oh really?” Jessamine asked and licked her lips.

“Yes. You will be my first subject.” Roderick pulled down the straps of her camisole, took hold of her breasts in his hands, and kneaded them. Jessamine released a sob, and when Roderick covered her mouth with his, her fists clenched and toes curled.

TGE: Is there anything else you’d like to share about “Brass Balls and Hysteria”?
KT: Jessamine and Roderick have a robot voyeur watching them. Does it join in on the fun? You’ll have to read to find out.

KT: I have quite a few releases coming out this year. In June I’ll have a M/M contemporary romance called Burning for You from Phaze Books, and a short M/M contemporary romance for Decadent Publishing’s 1 Night Stand series called A Bid For Love. The third book in my Sweet and Sinful series called Xavier’s Loving Arms will come in October from Decadent Publishing and I just signed another contract with Ravenous Romance for a Lesbian Historical Romance that will be released in September.

Inquiring minds want to know: is there anyone out there with the inside scoop on real Victorian sex toys? How about steampunk stories featuring them?