Parallel Universe: Sci-fi Poetry – It’s All in the Translation by Lilly Cain

Writing series sci-fi romance is hard. The worlds you create have to flow from story to story and grow within the series, always giving the reader more. What better tool to use in world building within the sci-fi genre than to have an alien culture and a language for your aliens? That was my thought when I began to develop the language of the Inarrii – one of the races of the Confederation - for my series The Confederation Treaty with Carina Press.
I fully give credit for my inspiration of using this tool to Mark Okrand, the linguist who was brought in to develop the Klingon language for Star Trek. What he has built is far more evolved than the beginnings of my Inar language and culture, but it showed me how developed another world could be within our collective imagination. There are thousands of people out there who fluently speak a language created for a television show.

According to WikiHow, there is a process you could follow if you want to create a new language. Check it out here. It talks about new alphabets and grammar and sentence structure. You can try it if you like, and I know for a fact that Okrand used all of those important elements in a science that shows his efforts. I chose a different way to begin. For me the creation of a language has to be more about poetry, and meaning. The words that I developed first were the result of situations and emotions like fear ‘Tel sho ahoi’ - meaning SOS, or ship down. 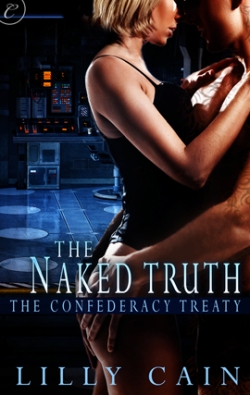 More language evolved because of the concepts behind the people – ‘m’ittar’ – their mental contact, which can range between empathy to full telepathy and vary in strength. Or ‘m’ittar densah’ – a form of mind contact that allows the person in the memory to step out of it to review it as though they were looking at a fully dimensional holographic film. And since I write romance ‘Ya’lenali’ – my heart or my love. I have now written a fairly extensive dictionary with all of these terms, their base meanings and extensions. Not that I expect other people to speak the language, but I figured if I was writing it, I had to understand it.

The interesting thing that happens when you translate something back and forth from one language to another and back again is how the meaning changes. And this, in a way, exposes the culture of the language. One day I will do this with my Inar, but for now, check out this translation of the theme song for Sesame Street – from English to Klingon and back to English.

Can you tell me how to get,
How to get to Sesame Street

Translated back to English:

A day of the daytime star.
The clouds are compelled to commence fleeing, and are filled with dread.
I have a destination;
and there, because of the atmosphere, I am pleased.
Describe to me immediately
how to go to Sesame Street.

Accept the game!
To all things we are compelled to say "Well done!"
The neighbors seem to behave in a friendly fashion,
and there is where we enter!
Describe to me immediately
how to go to Sesame Street.

About the Author
Lilly Cain is a wild woman with a deep throaty laugh, plunging necklines and a great lover of all things sensual - perfume, chocolate, silk! She never has to worry about finding a date or keeping a man in line. She keeps her blond hair long and curly, wears beautiful clothes and loves loud music. Lilly lives her private life in the pages of her books.
Lilly lives in Atlantic Canada, although she spent eight years in Bermuda, enjoying the heat and the pink sands. She returned to her homeland so she could see the changing of the seasons once again. When not writing she paints, swills coffee and vodka (but not together), and fights her writing pals for chocolate.
When not living up to her pen name, Lilly is a single mom who loves reading and writing, dabbling in art and loving and caring for her two daughters. She loves romance and the freedom erotic fantasy provides her imagination. She loves the chilling moments in her novels as much as the steaming hot interludes. Her stories are an escape and a release, and she hopes that they can give you that power, too.
Her SFR books:
Alien Revealed – Book One of The Confederacy Treaty – June 2010
The Naked Truth – Book Two of The Confederacy Treaty – June 2011
For more information about Lilly Cain, and for excerpts of her stories please visit www.lillycain.com. You can also follow her on Twitter at www.twitter.com/LillyCain or on Facebook at www.facebook.ca/Lilly_Cain
Posted by Heather Massey at 9:00 AM
Newer Post Older Post Home
View mobile version