Science Fiction, Diversity, and the Golden Age of Ebooks

In Is a lack of realism good for science fiction?, Ian Sales wrote

I can understand the desire to exclude realism in some subgenres, I can even see how many readers would prefer non-realistic – escapist, immersive – stories. But I don’t think that’s the only way to do it, and I suspect it does little good to the genre’s reputation to produce only those.

The following day at the SFR Brigade, Marva Dasef had the following to say in SFR – Does it need the sex scenes?:

I'm only mentioning this to let you SFR writers know that there is a good market for SFR without explicit sex. I know. I know. Many readers want that in their books, but I don't think it hurts to consider those of us who get a bit red-faced when bodily parts are strewn across the pages as well as the people (and aliens).

So, I ask your opinion. If you've written no-sex SFR, how was it received by your readers? If you haven't, would you consider it to pick up a potential market? 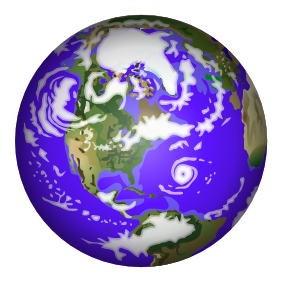 Both of the above are valid questions and on the surface they seem totally unrelated. But after reading both posts, I was struck by what they have in common: Each one attempted to address elements that could impact the perception/marketability of SF & SFR books, respectively.

To my eye, both articles had a parallel theme of discovering the “sweet spot” that would draw potential readers as well as cast SF & SFR in the most positive—and profitable—light.

Upon further reflection, I had the following thought: In this golden age of ebooks, is it still an either/or question? When print books dominated the market, I could understand certain types of stories influencing a genre’s direction and reputation (e.g., literary SF being strongly associated with hard SF).

In contrast, now authors have more freedom to write all different kinds of stories and can penetrate new markets. Readers have more choices than ever before, and those will only increase as the digital market expands.

In terms of the many subgenres, hybrids, and mediums, SF has something for everyone (and that goes double for romance, dontcha know!). Plus, the ebook market—which will eventually strike down geographical restrictions and become global—means having the potential for producing each type of story in enough quantities to serve demand. Want more realism? Check. Want escapist action-adventure space opera? Double-check. Want a mix of romance, SF, and mystery? Triple-check.

Because there’s more room for various types of stories as well as modes of distribution, SF has already become more diverse. All of which leads me to think that its reputation is going to start hanging on not only compelling stories, but also its ability to cater to the tastes of a diverse, global audience of readers—as opposed to particular types of stories or their levels of realism, heat level, etc.

Instead of worrying about how realism or anything else affects reader perception of SF, might we embrace the diversity and use that as a selling point?

Marketing such diversity, however, is another issue entirely, so we’ll leave that conversation for another time.

For further inspiration, I’d like to leave you with the following quote from The Business Rusch: You Are Not Alone by Kristine Kathryn Rusch:

For years, editors and agents and well-meaning friends crowded into my office, telling me that this story wouldn’t sell or that I needed to write that kind of novel “to make my name.”  Now, the new world of publishing has enabled me to silence those voices.  The only voice in my office is mine—and, um, that of the occasional cat who wants cuddles or dinner.

And that’s how it should be.