Are We Focusing Too Much On Labels?

So I've been thinking...

We can call blends of science fiction and romance anything we want, but in the end, the only thing that matters is a great story. And science fiction romance would benefit greatly if we moved beyond the “What should we call the subgenre?” conversation to “What are the best stories we can offer?” 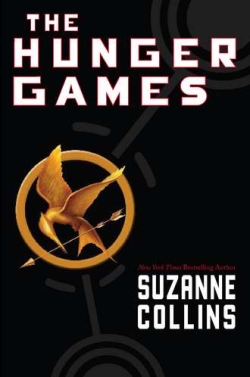 Why? Well, look at it this way: In general, readers aren’t marching into Barnes and Noble and asking for more “dystopian YA” (a term that would undoubtedly generate many blank stares outside of the publishing industry). They’re clamoring for more “books like THE HUNGER GAMES.”

Outside of the industry and the blogosphere, people use titles, books with clear branding, or their favorite characters to describe the stories they enjoy.

Mainstream readers in particular have heard of “science fiction” and “romance,” but aren’t always familiar with the various subgenre distinctions (e.g., cyberpunk). If the *story* doesn’t speak to these readers, it’s as good as invisible to them. Labels then become meaningless.


Case in point: Romances featuring vampire heroes came before the label “paranormal romance.” Readers fell in love with a new type of story, not the label. It’s easy to forget (myself included) that the story comes before the label.


So what does this mean? Authors can label their stories whatever they want. Publishers may or may not agree with them. Readers will then label the same stories however *they* want to. In other words, there’s never any one perfect label nor will there be.

No single label will change misconceptions about a genre (Hello, romance!) or lead to millions of book sales. That’s the story’s job (and often some other stuff, like a big honking marketing machine behind a particular title *cough*THE HUNGER GAMES*cough*).

Depending on the story, it’s certainly prudent to slant the marketing toward the audience whose needs would be met by such a story. That’s the reality sometimes. Mainstream print publishers do this as a rule.

I realize it’s not easy to market the SF-romance hybrid. But is it beneficial to use a label that distances a subgenre from one of its parts? Hide the SF from the romance readers because it will make their brains hurt. Hide the romance from the SF fans or they’ll get cooties.

Besides, attitudes change. Look at how much the perception of comic books and science fiction has changed over the years. Being a geek is downright respectable these days. Long gone are the days when comics were derided as “funny books” and only for children. Now, comics have gone digital, which may in turn open up a whole new market for them (the same way trade paperbacks/graphic novels did).

Might we envision a future where romance is accepted and respected the way fantasy, SF and comic books are now? Sometimes, the issue isn’t even about the label. It’s about our ability to feel unapologetic about what we like. SF is becoming mainstream for a reason. The fans said enough is enough with the derision and snide attitudes. Why should it be any different for romance?

As with comics, ebooks have the potential to help SFR break through a number of barriers, for example, barriers like the bias against romance (and conversely, SF); barriers against hybrid stories; and barriers like the assumption that women don’t enjoy action-adventure stories.

Sometimes, however, change and new attitudes come from unexpected sources. BioWare, the company behind the video game MASS EFFECT, went to great lengths in their marketing campaign to highlight its romance angle to a group of consumers—that being hardcore gamers, not your typical ANGRY BIRDS casual gaming dude or dudette. This demographic doesn’t include romance readers on average. I like to think their strategy (marketing the game’s character-driven elements) was a strong component of the game’s success—both financially and creatively. 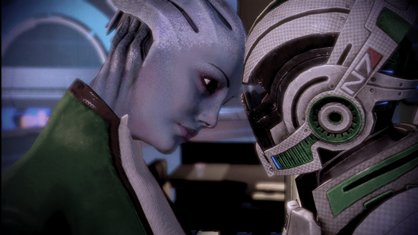 If the team behind MASS EFFECT is unapologetic about the romance element, then why can’t we be?

We often discuss science fiction romance’s appeal in terms of it being attractive to both romance and SF readers. But might that kind of framing be limiting the subgenre’s potential reach? Is the goal to *only* market SFR to romance and SF readers? If that’s the case, we might be overlooking other potential audiences for such tales—audiences that don’t care what the genre is called as long as the books (or other mediums) deliver entertaining stories.

Labels are helpful, but they can’t make or break a single book, let alone a whole genre. Even if we referred to SF-romance blends as “SF” only or “Romance” only or even just “Fiction,” potential readers will still want to know what type of story they can expect.

Ideally, we can put aside the limitations of labels and tell them to expect a great one.