If SF Is Mainstream, Where Is Sci-Fi Romance? 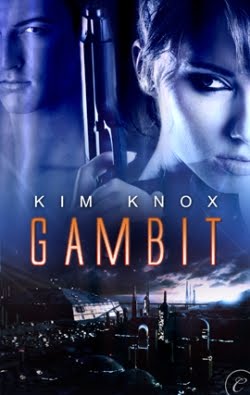 More than ever, I believe that digital publishing (i.e., ebooks) is a big honking neon sign pointing straight to science fiction romance. Two posts I perused recently fed my belief even more strongly.

In The Way We Were, author Kristine Kathryn Rusch discusses how current technology has led to increased access to ebooks and reading entertainment in general:

But that reader, that stressed, overburdened reader, can easily download a novel on her smart phone or her dedicated e-reader. And those readers do, bringing them back into the marketplace.

Again, study after study shows that readers who have an e-reader or an e-reading program on their smart phone buy more books than they ever have before because of the ease of access.

This is what the traditional publishers miss. They miss that ebook sales can go up exponentially because ebooks appeal to more readers than those who go into bookstores. People who never read for pleasure before are reading for pleasure now—and their numbers will grow as the  price of e-readers goes down. The fact that you can buy a dedicated ereader at places like Wal-Mart guarantees that folks who have never set foot in a “real” bookstore will set foot in a virtual bookstore.

She follows this with the observation that readers aren’t limited to what brick and mortar bookstores sell:

Now readers can chose from millions of available books.  The readers can chose according to their tastes.  A book no longer has to appeal to just the people who go into bookstores. It can appeal to readers we (the industry) have never encountered before, readers whose tastes are unknown. 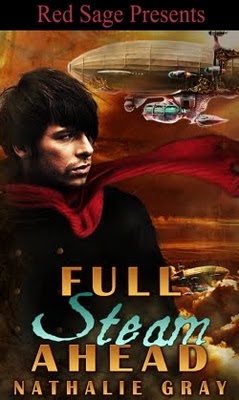 That last part in particular is an issue we’ve discussed in the SFR community before: “readers whose tastes are unknown” (in other words, readers of niche stories). I also see a connection between Ms. Rusch’s observation and readers who would like niche stories if only they knew of their existence!
Ebooks have already increased reader awareness of and access to SFR. Fortunately, other factors are also influencing reader tastes and priming them for subgenres like science fiction romance.
Case in point: Rose Fox of Genreville recently observed in Genreville’s Borders Expand Again that science fiction has crossed over into the mainstream:

Our obscure little dialect has, somewhat mysteriously, become the lingua franca. That means genre fans are going to have to sit down and seriously contemplate what it means for our identities as fans to have our genre become so thoroughly embedded in, or subsumed by, the mainstream.

She points out that film, television, and video game audiences don’t seem to make the distinction any longer between “SF” and “non-SF” entertainment. The conclusion I drew from her post is that SF has become respectable. As long as the content is entertaining, audiences will come.
However, the neon arrow isn’t shining as brightly as it could be. Partly that’s because there aren’t enough books in the subgenre to power it. Another reason is because there’s still a bias against the Happily Ever After concept, as Jacqueline Lichtenberg recently noted in Believing in Happily Ever After: Part 1, Stephen King on Potter VS Twilight:

The reason the Romance genre isn't widely respected as a genre is that the HEA is not seen by the general public as realistically plausible.

The plausibility of the HEA is based on the philosophical concept that Love Conquers All - an absolute axiom of my existence for a huge variety of reasons.

The HEA is a huge selling point for science fiction romance because many people love stories with upbeat endings (whether they make the connection between upbeat endings and the HEA is another issue altogether). What they may not realize is that SFR delivers HEA’s that are similar to their favorite “happy ending” SF films and television shows. HEA is no longer limited to marriage, houses with picket fences, or riding off toward the proverbial castle (or luxury space yacht, as the case may be). HEA is simply another way of delivering an upbeat ending. And sci-fi romance offers the diversity of upbeat endings that our current culture demands.
There are still roadblocks, however. Related to the perceived implausibility of the HEA is the perceived inability to successfully market SF-romance blends such as science fiction romance. Not just by publishers, but by authors and even bloggers who struggle with how to describe its unique nature.
Therefore, how does one convince these newly-primed, science fiction-friendly audiences that sci-fi romance is right up their alleys? We know they are buying ebooks, but what do we tell them about the subgenre to pique their interest? Which stories would serve as the best gateway?
Our neon arrow would shine even more brightly if we could figure out how to optimally position the subgenre’s appeal. Frankly, we need to figure out how to monetize sci-fi romance’s HEA if we want to keep reading it. Readers would be more than willing to pay for sci-fi romance in greater numbers if we not only pointed the way, but gave them compelling reasons to do so.
One idea is related to customer service. The SFR community’s combined platforms and social media venues could be channeled into serving readers’ needs via fresh content to fill their “smart phone or dedicated e-reader.” Amazon’s “Customers Who Bought This Item Also Bought” strategy is successful for a reason. Why not emulate that? Let's make it easy for them to choose SFR in every way possible.
I realize I’ve thrown out more questions than answers. Still, the shifts in the SF market and digital publishing also point to possible solutions. How can science fiction romance take advantage of these kinds of expansions and increased access? That’s our mission, should we choose to accept it.
Joyfully yours,
Heather
Posted by Heather Massey at 8:00 PM
Newer Post Older Post Home
View mobile version