[I’ve updated the 2011 Science Fiction Romance New Release Roundup. If I missed any titles, please let me know.]
2011 has been a great year for sci-fi romance and it isn’t showing any signs of slowing down! Check out this month’s happenings:
New releases 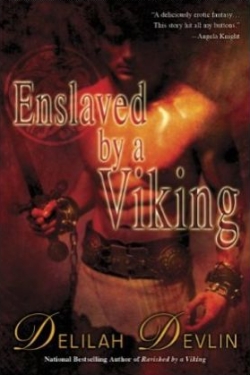 ENSLAVED BY A VIKING (planetary romance) – Delilah Devlin
His suffering….

Though proud and strong, Eirik, heir to the Ulfhednars kingdom, found himself seduced and taken from his homeworld by a bounty-hunting vixen, who sold him into slavery. Purchased by a wealthy, Consortium-backed brothel, he is kept at a heavily guarded and secure breeding facility, where he is forced to feed the lustful whims of Helios’s elite at night. He bides his time, waiting for a chance to escape and get his revenge on the woman who betrayed him…

Once a sex thrall, Fatin earned her freedom through service. Now, as a bounty hunter, she is determined to earn enough to buy her sister’s papers from the same brothel she escaped. For this, she abducts a brutishly handsome, breed-worthy specimen from the Viking planet and delivers him to auction. But her desire for justice and his desire for freedom may consume both of them in a passion neither wanted—or can resist.


Read an excerpt from ENSLAVED BY A VIKING and leave a comment at that post to be entered for a chance to win a copy. Contest ends soon. 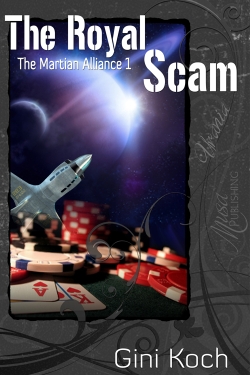 THE MARTIAN ALLIANCE I: THE ROYAL SCAM (romantic SF) – Gini Koch
Things aren’t what they seem to be when Princess Olivia of Andromeda jumps aboard a spaceship to escape a loveless marriage. 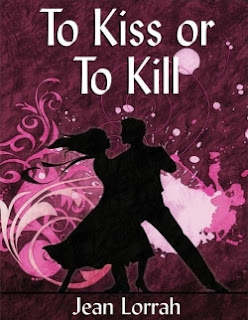 TO KISS OR TO KILL (Sime~Gen re-release) – Jean Lorrah

In the distant future, mankind has mutated into Sime and Gen. Jonmair is a Gen, and Baird is Sime, and when Baird rescues Jonmair from the Last Kill, she suddenly has a life to live--and someone with whom to share. But can Baird, one of the wealthiest men in Norlea, also be the life partner that Jonmair longs for? Can love indeed conquer all? Or will death finally triumph over love? An original Sime~Gen novel, Number Eleven in the series, and never before published.
Read an excerpt. 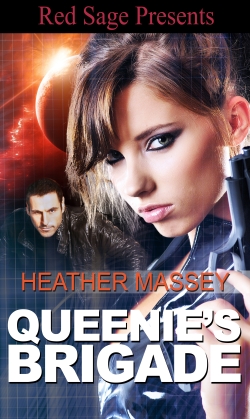 QUEENIE’S BRIGADE – Heather Massey
Captain Michael Drake desperately needs an army to save Earth after a crushing defeat by alien invaders. When his damaged starship docks at a remote prison colony, he discovers Earth’s last best hope—an army to replace the one he lost.
But Queenie, the feral goddess ruling the prison, has other plans for the rugged military leader. After imprisoning Drake and seizing his ship, she prepares to lead her blood-thirsty band to freedom before the invaders track them down.
Despite her intentions, Queenie secretly falls for the sexy, hotshot captain. Drake makes it plain he wants to win back Earth with her by his side. But is following her heart worth betraying her people?
Read the excerpt. 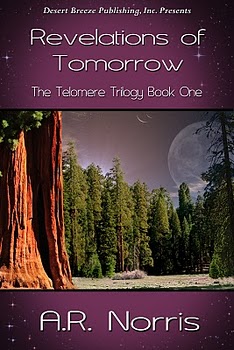 THE TELOMERE TRILOGY BOOK ONE: REVELATIONS OF TOMORROW - A. R. Norris
After a load capsule careens into Captain Noah Bonney's vessel during an interstellar voyage, she must face her inner demons and the sins of her people if she's to open her heart to the love of both her daughter and her lover.
Read the excerpt. 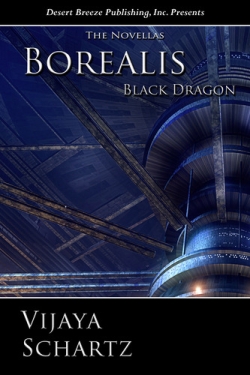 BOREALIS: Black Dragon – Vijaya Schartz
A dandy is cheating in a gambling den of the Borealis space station, and Lieutenant Zara Frankel intends to catch him in the act. She always gets her man, but this one could prove more than she can handle.

Venus Ascendant is a space station situated in the Andromeda Galaxy. With its open-to-all policy, it attracts beings from all over the universe as a destination for R&R, dangerous liaisons and romantic getaways.
The sentient, empathic AI ensures that whoever comes to Venus Ascendant finds exactly what they want and “rooms” can be anything from luxurious boudoirs to sunset-lit beaches to dark BSDM dungeons.

So come to Venus Ascendant and find exactly what you’re looking for!

When Lindsay Beckett's husband, an RCMP officer, is killed by a creature intent on destroying her and her family, she must believe in a prophecy told long ago on a distant planet. But will she be forced to turn to her husband's partner - a man who's made his feeling clear - for help?

Authors blogging
At Killer Chicks, Lucy Woodhull (RAGNAR AND JULIET) blogs about “the potential for heroine kick-ass-ery” in SF/SFR:

There shouldn't be any difference between our heroes and heroines except the stray bit of genitalia, and even then each hero/ine should define for themselves who they choose to be and how they choose to identify.  Gender roles/ schmender roles.  Starbuck was a step in that direction.

To help celebrate the release of my latest release, QUEENIE’S BRIGADE, I’m blogging at Red Sage about enemies-to-lovers couples in sci-fi romance.
On genre labels
John DeNardo (of SF Signal) recently wrote a Kirkus article about The Genre Trap and How to Avoid It:
Another pitfall with genre labels is that it's easy to make generalizations about the books they're printed on. Science fiction fans see this all the time. If it's got a spaceship on the cover, then people who deride science fiction won't go near it, no matter how accessible—or enjoyable—it might be for them. This unfortunate bias exists even within science fiction itself. A hard science fiction fan may balk at the idea of reading a book with two space marines sharing an embrace on a book cover. ("If two people are hugging, it must be romance, not science fiction!") In the meantime, they may be missing one of the best military science fiction stories they've ever read. My advice? Keep an open mind and you will be rewarded.
Marry me, John.
Potpourri
Smart Girls Love ScFi & Paranormal Romance lists 10 of the Coolest Girls in Sci-Fi Entertainment (via Tuppence Magazine).
Scott Edelman has a video on The Secret History of Women in Comics (from the 2011 Small Press Expo).
Bryan Thomas Schmidt offers 10 Tips For Planning A Blog Tour.
E-Readers Make People Buy More Books. If we're lucky, sci-fi romance will benefit from that, too.
Now, I turn the mike over to you. Got any science fiction romance news or links to share?
Joyfully yours,
Heather
Posted by Heather Massey at 9:02 PM
Newer Post Older Post Home
View mobile version