In Praise of “Below-decks” Characters

In my previous post, Should Science Fiction Romance Take More Risks, Diane Dooley expressed her interest in reading about

Less "important" characters: By which I mean "the little people." More below-decks engineers and less spaceship captains, for example.

I like the idea of “below-decks” characters, especially in terms of their occupations. There’s a lot of variety of which to take advantage. So why don’t we see them more often? 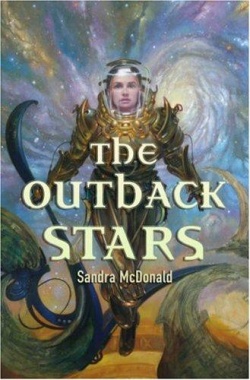 There’s a tendency in SFR to focus on the flashier heroes and heroines, although with good reason. Many readers seek the fantasy of strong, powerful love interests. Characters such as starship captains, high ranking military leaders, political leaders, and even rogues like bounty hunters and space pirates get to call the shots and save the day.

But the reason they are free to call the shots is because a group of people are working hard to ensure that can happen. Frankly, it'd be fun to learn more about those kinds of characters and it's a path for which sci-fi romance is well-suited.

Unfortunately, given the dearth of such characters, I'm guessing there’s an assumption that they don’t lead exciting lives and by extension, that their romances might be boring as well. Also, how much agency can below-decks characters have? As a rule, they’d lack wealth, status, and influence. What kind of fantasy could readers expect?

Therefore, a major challenge is figuring out a story that’s exciting romance-wise but that also utilizes the setting in an integral fashion. In a space wartime setting, for example, how does one create a compelling romance between a ship’s engineer and the dude who cleans the shower stalls? Meaning, they wouldn’t be part of the fighting (normally), so how can one effectively portray a romance without minimizing the high stakes of the war raging around the couple?

One romantic SF book that spins an interesting story with “below-decks” characters is Sandra McDonald’s THE OUTBACK STARS. Lt. Jodenny Scott runs Underway Stores, which basically distributes uniforms and other supplies. Petty officer Sargeant Terry Myell is assigned to Jodenny and the two are attracted to one another. So there's the element of forbidden love as well.

There’s a lot of focus on day-to-day operations and military office politics in THE OUTBACK STARS. Following that part of the story, Jodenny is an ordinary woman who rises to meet the challenge of an extraordinary event. So the trope of a low ranking officer emerging as the hero is one that could be exploited again in sci-fi romance. 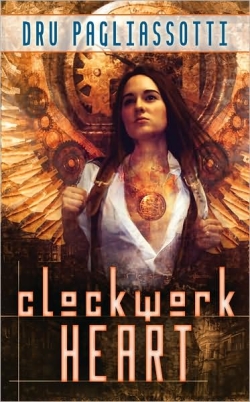 Here’s a short list of some other below-decks characters I’ve encountered:

Nathalie Gray’s action-adventure METAL REIGN features a romance between a captain and John O'Shaughnessy, the ship’s cook. Raina Bowen of Eve Kenin’s DRIVEN is a truck driver. Rya Bennton from Linnea Sinclair’s HOPE’S FOLLY works in security. Heroine Taya from Dru Pagliassotti’s CLOCKWORK HEART is a carrier. One of the heroines from Cathy Pegau’s RULEBREAKER, Liv Braxton, becomes an administrative assistant to a corporate mogul.

What other types of characters could deliver intriguing romances? Who are the customer service representatives of the future (assuming they aren’t automated)? The IT technicians? The custodians? The construction workers? When was the last time you read a science fiction romance about a factory worker hero or heroine?

Would you be interested in more SFRs featuring below-decks characters of any kind? Are there any obstacles for such characters, either story-wise or marketing-wise?