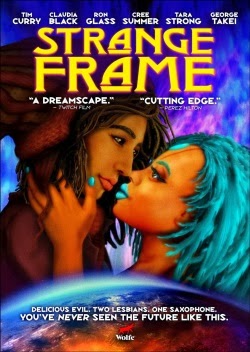 Welcome to 2014! May the coming year deliver a delightful mix of science fiction romance adventures to you.

I’ve compiled a list of science fiction romance books that will release in 2014. This list is a work in progress; I’ll update it throughout the year as more titles become available.

I divided the titles by month of release and listed them alphabetically by author. For future reference, go to the TGE sidebar under “SFR New Releases” and click “2014 Releases” to reach this year’s list.

If you know about titles that belong here, please leave a comment or email me (Heather): sfrgalaxy “at” gmail dot com.

THE TROUBLE WITH MEMORIES - Eva LeFoy

IN THE BLACK ("Firefly" type space opera; Tales from the Edge #1) - Sheryl Nantus

ON HER WATCH (near future; military; post-apocalyptic) – Rie Warren

A RIDDLE FOR LOVE (Beyond Fairytales) - Lara Nance

RETURN TO EMERALD CITY: A COLLECTION OF SCI-FI ROMANCE NOVELLAS INSPIRED BY THE WIZARD OF OZ - Allyson Lindt and Sofia Grey

IN THE VOID ("Firefly" type space opera; Tales from the Edge #2) - Sheryl Nantus

GHOSTS OF CHRISTMAS PAST (The Phoenix Institute #3.5; superhero) - Corrina Lawson