A couple of weeks ago, urban fantasy author Suzanne Johnson (ROYAL STREET) wrote a post at Heroes and Heartbreakers called Who Put That Romance In My Non-Romance Novel? I discovered this post by accident in the sense that I was researching something else (SFR related, of course!) and the search engine turned it up. The post is about the debate over genre hybrids, specifically the idea of mixing romance with other genres:

The longstanding stigma of romance is a hard thing to overcome, and might meet its biggest resistance from old-school sci-fi fans—ironic since romantic science fiction is a growing genre.

This post was a nice surprise because it’s always heartening to discover conversations about science fiction romance from various angles. In fact, a significant portion of Ms. Johnson’s post deals with science fiction-romance blends and how various readers perceive them. Very cool. And I certainly didn’t expect one of my TGE posts to be quoted or see one of the covers to my books included with the post—holy cow!


I suppose that finding such a post should be old hat to me by now, but it really isn’t. I still get a thrill when I discover someone having a conversation about sci-fi romance.


We’ve had many similar conversations here and at other SFR sites regarding SF-romance hybrids. Even though it can be a challenge to pin down the ideal blend (assuming it even exists), I believe that a big strength of this subgenre is that readers can find lots of variety. Kind of like how coffee can range from a dark roast to a light one, or somewhere in-between. It all depends on one’s taste, but there’s something for everyone. (Let’s put it this way: my husband never ever ever used to drink coffee. He couldn’t stand the bitter taste. He was as anti-java as one could get. He didn’t knock it—he just didn’t like it. But once I introduced him to flavored lattes and other blended espresso drinks, it was all over. Now he drinks them every day!)

How long it will take for romance to be considered equal to other genres by the majority of readers is, of course, another matter entirely and the outcome remains to be seen. Obviously, lack of respect isn’t stopping authors! Woo-hoo! 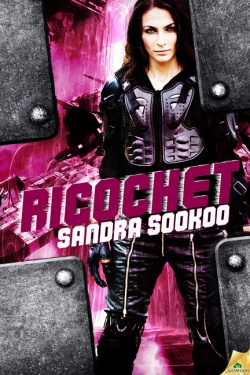 Regarding “resistance from old-school sci-fi fans,” what I find interesting is that between the Internet and ebooks, authors are connecting with new and also younger audiences who are happy to gobble up SFR. So old school SF fans who don't care for SFR can cry “Wahh, wahh” all they want over SF-romance blends, but the likelihood of SFR fans hearing them or even caring about the message is increasingly unlikely. The genre community is just that massive now.

Say, how about another cover?! 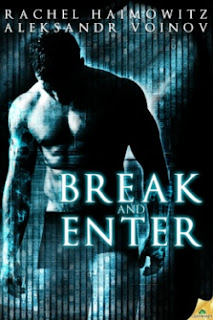 All of that said, SFR isn’t for everyone, so as needed we can agree to disagree—and we can do so without bashing one another's tastes and interests. It’s that simple.