Bev’s Books recently featured a post about the new Superman/Wonder Woman coupling. In case you hadn’t heard, DC Comics decided to create a Superman and Wonder Woman romance, in effect creating a “…new status-quo.” This latest story development was revealed in Justice League: The New 52 (#12). 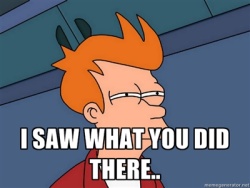 Bev identifies the connection to the romance genre when she asked, “Which brings us to the Superman/Wonder Woman cover. What story is it telling us?”

Question of the century. Go read Bev’s post—lots of food for thought.


The backlash of the SM/WW pairing has reached epic proportions for a number of reasons, including but not limited to the following:

Pardon me for a moment while I hurl. ARRRRRGGHHHHHH! If this is the way DC and Hollywood suits see Wonder Woman, no wonder an empowering film about her never got the green light.

* It sends a message that humans are somehow inferior to superheroes

Let’s circle back to the romance angle for a moment. One thing that struck me is just how anti-romance this development is. Superman and Lois have enjoyed a quintessential romance that is positive, touching, organic, and empowering. Lots of (heterosexual) male comic book fans accepted and even embraced their relationship—even though it contained many of the traditional romance elements found in hundreds of romance novels!

The Superman/Wonder Woman relationship, on the other hand, isn’t so much about romance as an official sanctioning of superhero fan fiction. You know, the kind that spins a tale fantasy about Superman and Wonder Woman having sex, because heretofore that hadn’t been part of traditional storylines (i.e., not on a Lois Lane level).

You can read more commentary in this post at DC Women Kicking Ass.

This move by DC reeks of desperation to no end. I wouldn’t even be surprised if the negative reaction from fans even figured into the marketing plan. Their goal was to get people talking about DC Comics no matter what and that’s what happened—the same as Superman and Batman’s “deaths.” Notice a pattern here?


How this change will affect DC’s bottom line remains to be seen. Makes me wonder if DC has plans to make a film about the Superman/Wonder Woman romance, especially with another Woman Woman TV show supposedly on the way soon.

How about yet another reboot—one that just involves decent writing instead of short-lived stunts?

Joyfully yours (despite the DC fiasco),