Interview & Giveaway With Imogene Nix, Author of STAR OF THE FLEET 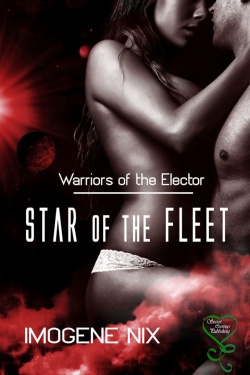 One aspect about science fiction romance that I enjoy is that the subgenre takes me to so many different worlds. Reading each story is like a virtual vacation, albeit one filled with danger, aliens, space battles, and the unknown!

Each author delivers her or his own unique SFR vacation package. Imogene Nix is one of them. She's been busy penning a sci-fi romance space opera saga called Warriorsof the Elector. I invited the author to come aboard and help me plan a trip to her world, especially since one of the short stories in the series, STAR OF THE FLEET, recently came out. Following the interview are the details for the giveaway.

Now where did I put that suitcase?! While I go searching, enjoy my interview with Imogene Nix:

The Galaxy Express: I just won an all-expenses paid vacation to your Warriors of the Elector universe. What types of clothes, gadgets, and weapons should I pack?

Hmm…tricky question that. I mean, it’s always hard to know what to allow for. We do have a laundry facility on the Elector so you can do laundry (or there is always the auto option on most space stations), so I guess you can pack light – just not too light, if you know what I mean?

Then there are the planets that are clothing optional, if that’s your thing.

TGE: Tell me about the general history of this universe.


IN: Earth has been traveling the stars now for several hundred years before they met up with the Ru’Edan.  They unfortunately seemed to think we were going to invade their space (which unusually, we weren’t, in this instance.)

Earth has some quite strategic alliances now and are essentially an empire in our own right, with a range of facilities dotted around our colonized zones.  They are seeking to now enter into a peace agreement with the Ru’Edan.  Both the Earth Empire and its allies and the Ru’Edan senate are exhausted from decades of war.

Enter the bad guy, Crick Sur Banden.  It’s in his best interests for this not to happen.  As with most wars, technology has certainly spiked.  We have the ability to use slip stream technologies, instantaneous matter transfers and more importantly matrix power generation systems allowing for long haul travel.  Oh and there is also time travel, although this is strictly controlled…usually. 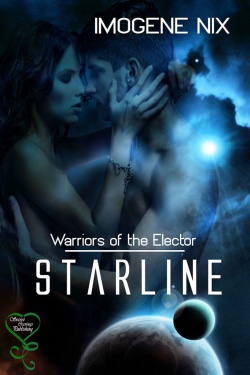 TGE: Describe the couple I’ll meet in the first book, STARLINE. What kind of threat are they up against?

IN: Mellissa is kind of an ordinary girl.  She’s a bookstore owner and hopefully, someday a published romance author from our time.  Duvall is an up and coming captain.  He’s been mentored by Admiral Elphin from the time he left the Academy on earth.

The threat arises once Duvall McCord is sent on a mission to stop the Crick from changing the history of earth.  Oh yes that and retrieve the technical specifications of the Elector.

We have Crick Sur Banden managing to travel through time (yes, those controls on time travel seem to be very easily broken by him) kidnapping, cloning, plots, attempted murders and infiltrations.  Not much… Lol!

TGE: STARLINE is the start of a trilogy, and is followed by STARFIRE and STARBURST. Do the books stand alone or should they be read in order?

IN: You really do need to read them in order to understand how each character and situation evolves.

Starfire takes up exactly where Starline leaves off and then in between Starfire and Starburst is the short story of Star of the Fleet.

This short story takes place concurrently to Starburst and deals with the issue of infiltrators on Aenna, where the Admiralty has its strategic base.  Starburst should be read last otherwise the conclusion doesn’t really make sense. 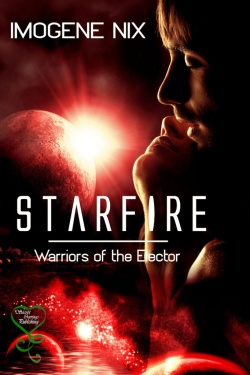 TGE: I want to sample the local cuisine. Which restaurant or food dispensation unit would you recommend?

IN: Arturia is known for its wines and of course, I could suggest some of the great restaurants all over the known galaxy – Serran IV has the best crustaceans and Sun Rar Del has succulent fruits, but in my opinion the food dispenser on the Elector does just about every known delicacy… though it does take a little jiggling and engineering know how to make that work.  (It’s that old Admiralty austerity thing kicking in.)

Having said that, I know this gorgeous engineer…

TGE: What kind of sexy times can I expect to encounter during my travels?

IN: Oh the sexy adventures are hot.  Burningly, scorchingly hot at that.  :) Ahem.  And heterosexual.  You do get some cross species action though and that is pretty mind blowing – especially when it includes a virgin and someone who doesn’t have an awful lot of experience.

They don’t hold back with their thoughts, emotions or actions are what I’m trying to say. 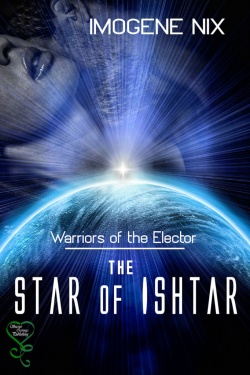 TGE: I see on the vacation itinerary that in addition to the trilogy, Warriors of the Elector adventures continue in a series of side stories. Please list the title and a one-sentence description for each one.

IN: Star of Ishtar – Grayson and Elara get their own emotional entanglements and hang ups sorted out.

Star of the Fleet – Gustav and Kera mix it up with action, suspense, the side effects of one night of inebriation in the past and save the Admiralty.

TGE: Before I go to sleep each night, I’d like to check out the available entertainment. Please describe a few of your favorite science fiction romance books, films, and/or television shows.

IN: Farscape (Ben Browder in tight leather pants – well, need I say anymore?  Flying around in a sentient being who just happens to be a space ship, together with a band of misfits and outcasts they get into all sorts of scrapes and situations.)

Firefly (Nathan Fillion as Capt. Mal Reynolds and Summer Glau as River Tam.)  Misfits again – oh dear, there is definitely a trend here. (Yes, Browncoats, unite!) Of course, bearing that in mind you would have to add Serenity (the movie length finale created well after the show was cancelled – and I still can’t work that thought pattern out.)

Star Trek Voyager (Seven of Nine, Capt Janeway and even B’Ellana although some characters did annoy me senseless!)  I will even admit to the early Star Trek Enterprise episodes. Let me be clear though, that was pre-Xindi.

I have to add the Avengers to the list… (oh my), the original Matrix was right out there for me as well.

Books, well I have to admit being a fan girl for:

Linnea Sinclair and particularly Hope’s Folly (but then, I love a strong female lead) and Rebels and Lovers…

Anne McCaffrey (the Pegasus books and the Tower and the Hive nailed it for me, though I do like the early Catteni Sequence books too) and I totally love what Todd McCaffrey has done with rebooting the franchise. TGE: Is there any other information about Warriors of the Elector that would make my vacation complete?

IN: You’ve got sexy men and even some yummy hybrids to meet, fabulous places to go, including the violet beaches of Alpha Centaurii II, sky diving adventures on Theopholes and if cultural tourism is your thing, there is also the monasteries of Geor’van.

With the most amazing wines and foods and the ability to “go” anywhere you want holographically, the universe is your oyster.

Oh and every book known to man is available (at least in some digital version)…so how can you possibly go wrong?

Imogene Nix has generously provided a PDF copy of STAR OF THE FLEET. One lucky passenger will be picked at random to receive this title. The deadline to enter is midnight PST on Friday, September 21.

To enter, leave a comment. Tell me which SF/SFR character (male, female, human, alien—the sky’s the limit!) you’d like to take a vacation with.