Thoughts On Chris Gerwel’s “Science Fiction Romance – A Niche Before Its Time?” 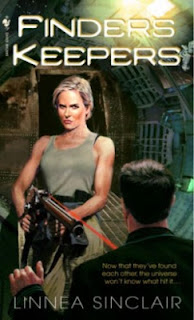 Now that I’ve had a few days to chew on Chris Gerwel’s latest Crossroads column at Amazing Stories—Science Fiction Romance - A Niche Before It’s Time?, I’d like to zero in on a few items from his essay. I recommend you read the post in its entirety before digging in. I’ll wait. Okay—ready? Here we go.


Vampires in one form or another span almost all cultures, and stories featuring them (and their psychosexual symbolism) date back thousands of years.

Couldn’t agree more. SF, and by extension, SFR, lacks the same type of mythology as vampires and other paranormal characters. Readers in general are more familiar with vampires than with aliens. I mean, look at Halloween. Kids are exposed to the idea of scary paranormal monsters first more often than not.

As a result, paranormal characters have an immediacy that aliens lack. Vampires et. al. are of this world, while aliens are about as “Other” as one can get. Maybe too other when it comes to the SFR learning curve. Kinda discouraging when one thinks about the issue in terms of SFR’s ability to reach a broader audience, but hey, I love that kind of challenge!

Most science fiction romance devices – in particular spaceships, the pilots/captains who fly them, and interstellar empires – trace a clear lineage to earlier action adventure fiction…

Regarding the learning curve of science fictional elements in SFR, Mr. Gerwel notes that


Both Asaro and Bujold moderate this risk through their narrow focus on the personal implications of their science fictional devices, which invariably tie back into their character development and perforce their character’s relationships.

All well and good and I agree with the above passage. More than anything the point he raised brings to mind a question: Asaro and Bujold are well-liked among a subset of romance readers, but is their approach to the SF-romance mix one that will attract a wider group of romance readers?

Do romance readers need a more manageable learning curve than authors like Asaro and Bujold can offer, or do authors/publishers of today face the task of reversing the “dumbing down” of SFR, one established decades ago because some people in the industry thought women couldn’t handle the science fictional elements?

Another thought: Some of Asaro’s and Bujold’s books fall under the umbrella of romantic SF when placed against romances that are either more of a 50-50 mix (say, the work of Linnea Sinclair) or a higher romance to SF ratio.

I’m just wondering if it’s effective, in terms of the general romance reader population, to use the works of Asaro and Bujold as a benchmark of science fiction romance, especially if the romance isn’t as central to the plot as many (the majority?) of romance readers expect.

But perhaps we could raise the SFR bar this way: Authors can deliver stories that are at least a 50-50 mix and also write the science fictional elements as rigorously as if they were writing for the SF market. As long as the romance is compelling and in sufficient amounts, will readers new(ish) to SFR willingly ride the learning curve? Or are there cultural barriers they must first overcome? 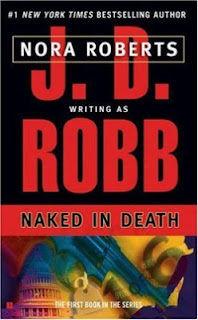 
Yet there is a third approach, a way around the accessibility challenges inherent in constructing a science fiction romance perhaps best exemplified by J.D. Robb’s In Death series. As I discussed last week, much of the paranormal romance genre adopts noir-inspired conventions by way of romantic suspense and thus obviates the need for the world-building used in secondary-world fantasy.

Noir and suspense have developed a far more stable and recognizable set of conventions, which are in turn used and repeated across literature, film, and television. As a result, the reading protocols of noir/suspense are more solidly developed, which leads to a larger potential audience that I believe science fiction romance has left largely untapped. J.D. Robb’s (aka Nora Robert’s) bestselling and award-winning In Death books capitalize on this noir/suspense tradition, rather than on the action/adventure found so often in science fiction romance.

I agree that noir/suspense SFR is few and far between (however that won’t stop me from plugging Ann Somerville’s Pindone Chronicles and Cathy Pegau’s CAUGHT IN AMBER). I certainly wouldn’t mind reading more SFR utilizing that kind of setting. 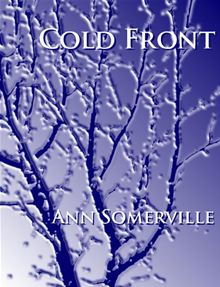 However…the In Death series happened because J.D. Robb is Nora Roberts, an author who, being in a class by herself, wields more influence than all science fiction romance authors put together. I’m guessing her publisher would pretty much have accepted any type of SFR setting from her (although it’s likely the noir/suspense setting simply interested her more than others and it’s easy to understand why). Plus, I heard—and it bears repeating that this is complete hearsay—that sales of books in the In Death series didn’t take off until it was revealed Nora Roberts was behind the pseudonym. I mean, why else did they make the reveal if not for profit?

How many of Nora Roberts’ fans are reading the In Death series because it’s noir/suspense SFR vs. because the books are by Nora Roberts?

Of course, that doesn’t mean authors of SFR shouldn’t even try. But the obstacles are many, even if you’re established longtime author Kristine Kathryn Rusch:

Nope, I wasn’t. And maybe my crossover fiction didn’t work because the manuscripts were flawed. But the world’s worst editor didn’t even want to try marketing that work because it was “different.”


Mr. Gerwel wrote “…it is surprising that more science fiction romance authors haven’t adopted this approach.” Well, if multi-published authors like Kristine Katherine Rusch have had trouble pushing these types of stories through, what are the chances for a debut digital-first author?


The above anecdotes capture why I’m not convinced one particular setting is the key. More mystery/noir/suspense stories would certainly be more strategic than space opera (remember the mythology conundrum?), but not necessarily the magic bullet. However, there could be more than one, and it would behoove authors to explore various options.

There’s also the issue of science fiction romance staying true to itself, whatever form that may take at any given time. 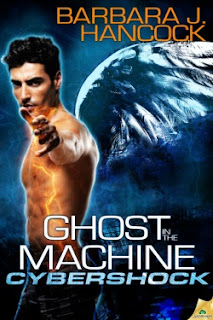 Chris Gerwel did a fine job of addressing multiple factors, but one he left uncovered is the issue of marketing. That’s a major, major issue.

Publishers and authors spend money in all kinds of ways to help boost sales. Some of them are direct and fairly transparent, while others occur in distinctly grey areas. When it comes to analyzing the chances of a niche subgenre breaking out or at least experiencing significant growth, the conversation is incomplete without raising the marketing angle. How can niche authors compete against publishing behemoths with millions of dollars to spend?

Regardless of the content of SFR books, readers can’t read them if they don’t know where to find them. It’s that simple, and that complicated. Tackling the marketing challenge is a whole other conversation in and of itself, so I’m simply bookmarking it for another time.

It’s easy to get caught up in the idea that if SFR just did this type of story or delivered that kind of fantasy then it could break free of its niche chains. In an ideal world, there wouldn’t be anything more to it. I'd like to propose that the real work of building a viable SFR subgenre involves a multi-pronged approach, one including talent, more books, perseverance, experimentation, innovative/grass roots marketing, lots of risk-taking, and luck (where’s the SFR Buffy already?!). And probably about five hundred other things.