"Cream of the Crop" Vs. "Best Fit" Sci-Fi Romance 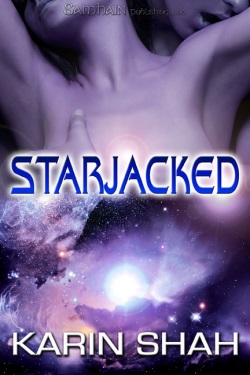 I'm perplexed about the "cream of the crop" mentality regarding elevating some science fiction romance books (and authors) above others. I wouldn't say it's rampant, but I encounter it enough to be concerned.

By "cream of the crop" I mean the idea of placing mainstream print books on a pedestal simply because they're released by a Big Six publisher. This situation manifests when the same authors are mentioned (in forums, blogs, comments, etc.) over and over and over again, as if no one else was writing books in this subgenre.

When it comes to a niche subgenre like SFR, "cream of the crop" as defined by mainstream print distribution is meaningless because there are so few books in that category. You need an entire crop before you can identify the creamy bits (no pun intended!). In fact, where SFR is concerned, the main crop right now is actually comprised of digital-first titles.

Rather than approach titles/author recommendations in terms of "cream of the crop," I'd like to see a greater focus on connecting readers with SFR books that are right for them. Maybe the right book is a mainstream print release or maybe it's digital. Maybe it's by a well-known author or it could be a book by someone no one's ever heard of, with a single SFR title to her name. (Like space pirate heroines? Check out Karin Shah's STARJACKED!). 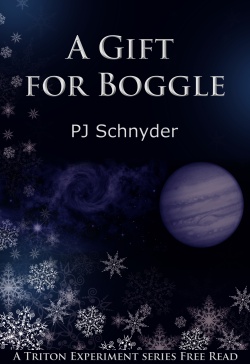 Allow me to illustrate from personal experience. I've blogged numerous times about Manda Benson's MOONSTEED and PJ Schnyder's A GIFT FOR BOGGLE. Those digital-first stories are among two of the most hardcore niche sci-fi romance titles. Because of their heavyset heroes, they'll probably stay that way. But here's the thing: both books are perfectly suited to my reading tastes. I define them as a best fit for me.

The authors delivered stories and characters that I value highly. There are mainstream print SFR titles, while competently written and packaged, that don't even come close to matching the interest I have in MOONSTEED and A GIFT FOR BOGGLE. In other words, medium isn't an influential factor in terms of my reading choices or defining "cream of the crop." The question for me is, "Will this title deliver the elements I enjoy?"

Here's another way of examining the issue, using an example from outside SFR.

From what I've learned in reading various reviews, indie author Kristen Ashley has released books riddled with grammatical errors. And I don't mean a typo here and there--we're talking errors that make some passages downright incoherent. Fans themselves acknowledge this aspect about her books. Yet she delivers a type of romance fantasy so high in demand that many, many readers are willing to overlook the multitude of technical flaws. 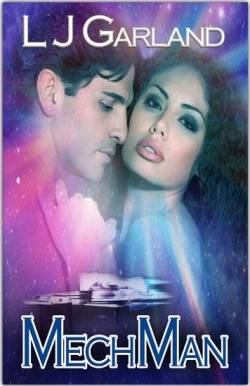 Kristen Ashley's success demonstrates why it can be advantageous to focus on the fantasies and tropes SFR can deliver when making book recommendations, rather than medium or distribution status. Readers may attach a higher value to a "best fit" story than rigorous editing or the paper a book is printed on.

Of course, it can be challenging to make digital-first recommendations in light of the pedestal mainstream print books still enjoy. A reader might indicate she wants a certain type of book, say, one featuring an android hero. So you recommend a digital-first title or three with exactly that element, only to learn she meant a book written by a Big Name Author. Suddenly, the trope is only valid if certain high profile, print-first authors write them. Yeah, that can be frustrating. Shouldn't it just be about the story?

All SFRs are equal regardless of medium, distribution status, or author. What makes each story special is the meaning it has for individual readers. Therefore, I'd like to advocate a "best fit" mentality when it comes to spreading the word about science fiction romance.