It's time for another dip into the science fiction romance goodie bag!

AGAMEMNON FROST AND THE CROWN OF TOWERS – Kim Knox 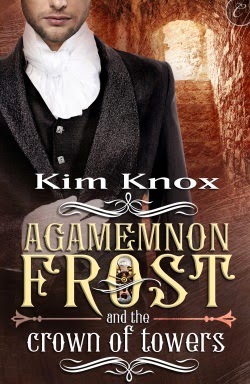 Edgar Mason is losing Agamemnon Frost despite everything they've been through—the passion, the torture, the heat. Frost's fiancée, Theodora, is back, and Mason can feel his lover gravitating toward her. Every day he sees them together, it tears at his heart.

Frost feels raw himself. His brother and sister-in-law are missing, and his guilt about failing to save Theodora from Pandarus eats at him. His feelings for Mason, whom he has put through hell twice already, just twist the screws tighter.

On top of that, Pandarus and the Martians are back to make their final push to Earth, and Frost and Mason are duty bound to fight them. People are vanishing. Bodies are turning up burned beyond recognition in the slums. The bleak, human-less future Frost and Mason saw in the hollow ships has nearly come to pass.

And in order to prevent it, each man will have to make a final choice: lose his lover or doom the world.

Find out how it began in Agamemnon Frost and the House of Death. 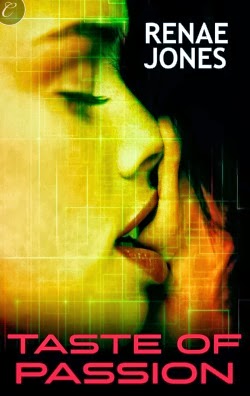 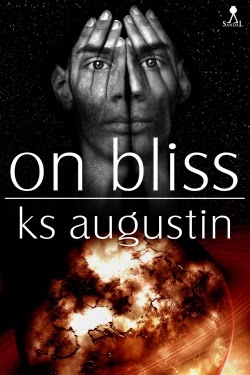 Hoara Felin has fallen in love with a man who is forbidden to leave the planet. Plus, he’s not quite a man….

Junior Commander Hoara Felin of the Republic’s Space Fleet has crash-landed on a planet. Her ship is inoperable, her shipmates are dead. The only thing that can make a bad situation worse is finding she has crashed on the notorious prison-planet of Bliss–a place condemned criminals are sent…and never leave.

She finds an unexpected ally in Toh, a handsome and caring man who treats her injuries and hides her from those who would hold an officer of the Space Fleet for ransom. But, as Hoara is about to find out, Toh is keeping a terrifying secret of his own.

Backward Momentum is hosting a giveaway by Nina Croft. Check out the cover and blurb for the author's THE DESCARTES LEGACY and enter for a chance to win a $25 gift card.

Visit my Cheap/Free ebooks to Download page and help yourself to a bunch of free and 99 cent sci-fi romances. This list includes TALES FROM THE SFR BRIGADE, a free anthology of 8 short stories.

Plus, all proceeds from sales of my STEAMBOT RAMPAGE short (100% sweet heat level and only $0.99 cents) will go to the American Cancer Society (full details here).

I'm always looking to add new titles to this list, so if you know of any please leave a comment or email me at sfrgalaxy "at" gmail dot com.

If you like ETERNAL SUNSHINE OF THE SPOTLESS MIND… 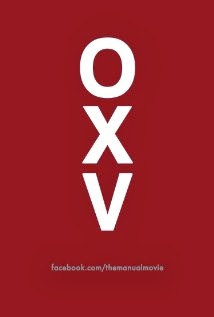 Author Robert Appleton (SPARKS IN COSMIC DUST) gave me a heads up about OXV: THE MANUAL (2013; Sweden), a film written and directed by Darren Paul Fisher. It has a strong SFR vibe. Here's the blurb courtesy of IMDB:

OXV: THE MANUAL is being billed as the world's first Scientific-Philosophical romance. Boy meets girl in a not-quite-here, not-quite-now world where one simple discovery has forever changed all human interaction. The film could perhaps best be described as a combination of 'Eternal Sunshine of the Spotless Mind', '(500) Days of Summer' and 'Primer'.

Here's "What is the Manual?" a non-spoiler video about the film:

From what I've gathered so far, it seems like a very cerebral type of SFR. Fingers crossed it lands a wide distribution. I couldn't find a trailer, but if you're not as spoiler-averse as I, then you can watch a short clip from the film here. 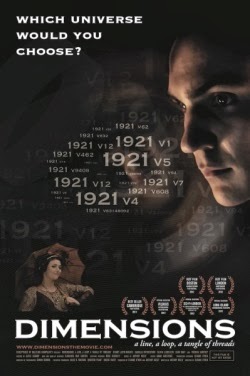 DIMENSIONS: A LINE, A LOOP, A TANGLE OF THREADS is a new British film that will debut in the U.S. on VoD on October 18. Here's the blurb:


DIMENSIONS was written, directed, and produced by the team of Sloane U'Ren and Antony Neely. Additionally, the film has quite the pedigree (information courtesy of the official site):

Dimensions: A Line, A Loop, A Tangle of Threads stars Henry Lloyd-Hughes (Harry Potter and the Goblet of Fire, The Inbetweeners, Anna Karenina), Camilla Rutherford (Gosford Park, Rome) and Patrick Godfrey (Les Misérables, Remains of the Day, The Duchess, A Room with a View).

The film has been honoured with multiple awards from around the world, including:

DIMENSIONS features a romantic love triangle, but there's a mystery afoot regarding whether the romance ends on an upbeat note or in tragedy. Do you think the trailer offers any clues?

For more information including details about forthcoming screenings, visit the DIMENSIONS blog.

This fun short by Rainfall Films demonstrates that it really wouldn't be very difficult to make a compelling Wonder Woman movie (Via SF Signal):

C'mon, Hollywood. See how it's done?