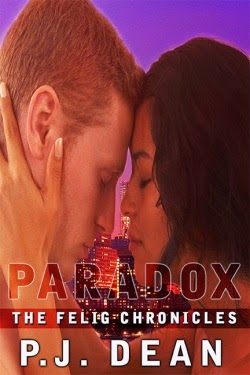 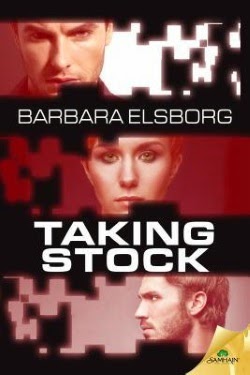 "Her last days on Earth could be out of this world."

Zoe has accepted that a brain tumor will make this Christmas her last. She plans to spend it in the Caribbean, hoping some gorgeous guy will scoop her off the beach for a passionate affair, a one-night stand anything just to be held and wanted.

When she discovers horror of horrors she has no unread books for the plane trip, she heads out for an early-hours run to good old 24/7 Supa-Mart.

Rowe s and Kai s lives are so regulated by their home planet s equivalent of Big Brother they even have to hide their thoughts. Not easy when a secret attraction exists between them. When they re chosen for an off-world reality show involving unsuspecting humans, they jump at this no-rules chance to open their hearts.

When the giant store s exits clang shut, trapping Zoe and several others inside including two impossibly sexy guys Zoe figures she won t need a beach for a no-strings romance. But it doesn t take long for her to realize she could be facing the end of her short future sooner than she expected. 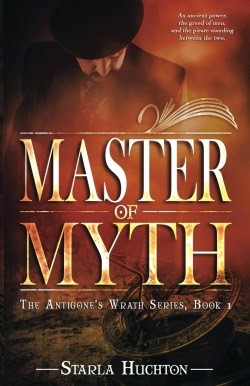 Captain Rachel Sterling commands the ship that rules the sea and air, but when a chance encounter ends with a strange ring in her possession and a secretive order known only as The Brotherhood out for her blood, gone are her simple days of dodging the law to make a profit. Armed with a loyal crew, an enamored inventor, and an intellect as deadly as her aim, she must fight against an ancient power and those who would command it. What is the purpose of this mysterious ring and what dangerous magic will she face? Join the crew of the Antigone’s Wrath as they sail the waters and navigate the skies to find the information they desperately need before it’s too late. 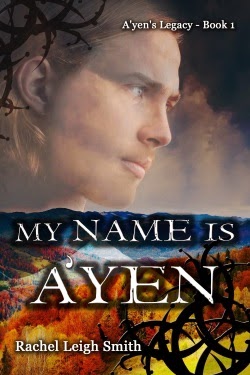 They've taken everything from him. Except his name.

The Loks Mé have been slaves for so long, freedom is a distant myth A'yen Mesu no longer believes. A year in holding, because of his master's murder, has sucked the life from him. Archaeologist Farran Hart buys him to protect her on an expedition to the Rim, the last unexplored quadrant.

Farran believes the Loks Mé once lived on the Rim and is determined to prove it. And win A'yen's trust. But she's a breeder's daughter and can't be trusted.

Hidden rooms, information caches and messages from a long-dead king change A'yen's mind about her importance. When she's threatened he offers himself in exchange, and lands on the Association's radar. The truth must be told. Even if it costs him his heart. 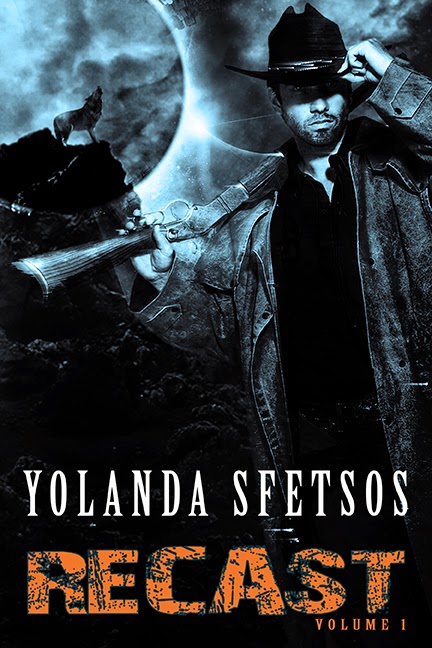 When betrayal, revenge, secrets and lust collide, there can only be chaos.

Wrangling is in Colt’s blood, but the woman he loved wasn’t easily tied down. Now a mysterious client has him wrangling someone who may not be human. Colt doesn’t care as long as he gets paid.

Colt could solve or multiply Brynn’s problems. She doesn’t expect him to understand why she left, but she needs his help. Colt looks as good as she remembers, and even after years, their mutual lust is alive.

Desire strips away secrets. A secret that could be their death sentence…

Half-Recast Ace Abu is determined to get to Fray and destroy the Clash Arena.

When he finds a barstool in Grit, he’s ready for a few beers, but the sexy singer on stage only makes him burn hotter.
Ely’Shea longs for freedom. When the boss is away she indulges her passions. That night she catches a glimpse of an alluring cowboy.

Unable to resist temptation, they’re consumed by passion…but once the fuses are set, their deepest secrets could blow any chance of forever to hell.

Product Warnings: Contains shapeshifters, space cowboys, female sheriffs, singers, double lives, and so many secrets it can only end in total madness.

At Smart Bitches, there's a substantial thread in response to The Rec League: Sci-Fi Romances When Aliens Are Your Jam. Reader Lela is new to SFR and seeking titles. Which ones would you recommend?

Can sci-fi save the romantic comedy? Informs us that

…there's a key exception to the general dearth of quality romantic stories at the cineplex: science fiction. The sci-fi romance — whether comedy or drama — has quietly pushed the genre to the cutting edge of thoughtful, emotional cinema. 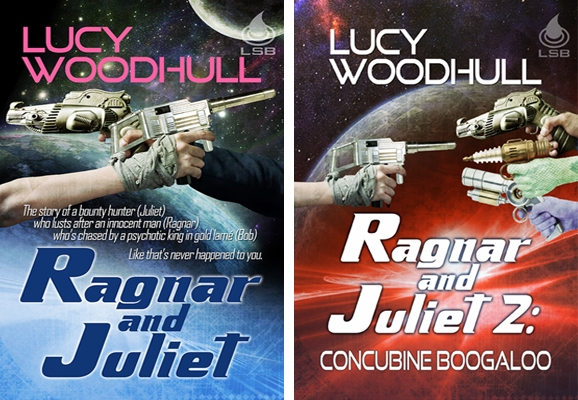 The film will be set in Miami in 1973 and finds a genius investigating how a 727 disappeared into thin air, only to reappear in the exact same spot ten minutes later. As the phenomenon spreads to other planes in the sky, our hero’s world is thrown into chaos – and he’s given extra drive – when someone he loves is on one of the craft affected.

Looks promising. However, the last part of this sentence from the article prompted my eyebrow to raise:

There is currently a market for romantic films that are not comedies and giving the story a paranormal bend may make it more palatable for male audiences.

Wow, I didn't know men's entertainment needs have been so underserved. /sarcasm. Frankly, if Hollywood wants to stay in business, it ought to start thinking about what makes films palatable for female audiences. 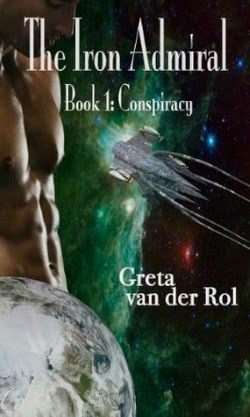 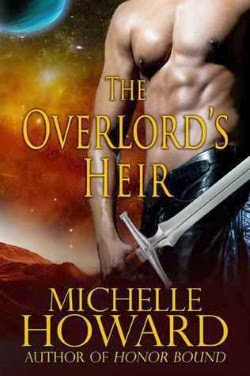 Or perhaps that’s what science fiction is going to look like once we’ve reached the stars—a more human science, a more realistic fiction. Maybe humanity will turn its efforts to the other aspects of the future we imagined in the past: enough food for all, peace between nations, pollutant-free power, racial equality, and a pristine Earth.

This looks neat: Sci-fi romance adventure Alone With You coming exclusively to PS4/PS Vita. "This game puts a new spin on adventure by making your relationships with the colonists and the AI central to the story…"

Raising the next generation of SF readers

It hasn't been too long since I blogged about How I Introduced My Daughter To Science Fiction, so it was encouraging to discover a Kickstarter campaign for the 2014Young Explorer’s Adventure Guide: Tales of Science Fiction for a Middle Grade Audience. Here's its goal:

We’re creating an anthology of age appropriate stories that all kids can identify with. We have great stories, from a wide range of writers and a diverse set of characters – girls, boys, robots… everyone belongs here!

Of the stories we've accepted so far, 80% have female main characters. We don't have girls who are prizes to be won, or waiting to be rescued. All of our heroines and heroes are on their own adventure, not a side note in someone else's.

Women in science fiction and fantasy

Here are three thought-provoking articles about women artists/authors and female characters in SF&F. Whenever I read such articles, I reflect on how consistently SFR has contributed to the overall increase of women artists and characters (especially action heroines) in genre fiction. I'm proud of our little niche genre! 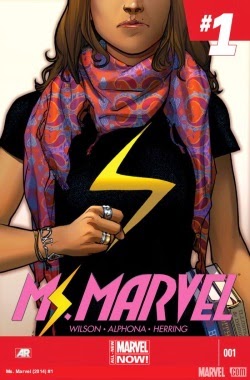 From Damsels no more: Dawn of the female superhero:

But the status quo certainly seems to be changing. Peggy Carter and Jessica Jones are about to get their own TV shows, Kevin Feige has on numerous occasions said a female-led Marvel movie is on the horizon, and Sony has even announced that one of its upcoming Amazing Spider-Man spin-offs will revolve around a female character. It’s certainly long overdue, but why has it taken this long? Why, in a landscape almost overloaded with superhero movies, haven’t we seen characters Ms Marvel or Zatanna make their way to the big screen? Well, there are three theories to this answer: the poor quality of the superheroine films of the past, the supposed ‘difficulty’ of writing a female superhero, and the biased nature of the film market. And, to be honest, the first two reasons are absolute bullshit.

Women Conquered Sci-Fi And Fantasy While You Weren't Looking:

We’ve been sci-fi’s up-and-coming stars for years now. And whatever force is trying to convince us that we don’t belong here is failing. As long as the industry continues to pretend women don’t exist, we’ll just keep writing blockbuster movies and bestselling books. Networks that don’t hire female writers for their sci-fi shows are only hurting themselves. They risk falling behind the growing movement that doesn’t buy the lie that women aren’t sci-fi’s target audience.

Shunning lousy female-driven movies is a risk. There's so few to begin with that the studios could assume that audiences don't want any at all. Imagine if all men had to pick from were four Rob Schneider flicks a year. But since money talks, that's the language we have to speak. Instead of settling for crumbs, we have to hold out for a proper seat at the table. If we don't, any hope of complex female characters will be squeezed out by lucrative Stepford battlebots.

SF fandom: past, current, and future

Via The Daily Dot: How the growing generation gap is changing the face of fandom. The article compares and contrasts the 2014 World Science Fiction Convention, which recently passed the 72 year mark, and Nine Worlds, a newer fan hub (both took place in London this year):

At heart, there was plenty of overlap between the fannish interests on display at Nine Worlds and Worldcon. The most important difference was simply the way people behaved.

I wanted to share this article because it made me wonder if SFR works would find greater acceptance at a convention like Nine Worlds. 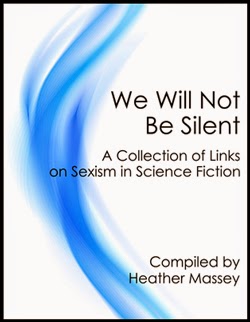 There has been a dizzying number of articles, posts, and other social media conversations about sexism in literary SF fandom and publishing over the past few years. In order to help increase awareness of the issue and make it easy for people to find the information, I compiled a list of links called We Will Not Be Silent. You can download a free PDF copy here.

Now I turn the mike over to you. Got any SFR news/links to share?
Joyfully yours,
Heather
Posted by Heather Massey at 7:56 PM
Newer Post Older Post Home
View mobile version