I'm going to pull a quote from each of these stories since the passages perfectly embody two of the main reasons I read and adore sci-fi romance. To avoid possible spoilers, I'm not going to reveal the source of the quotes.

"Intimacy was as much part of the human condition as acquiring knowledge."

Aren't they great? The first quote captures the spirit of SFR while the second reflects the dual-heroic journey narrative often found in this genre. In other words, the awesome fantasy of the hero and heroine taking turns saving each other!

Both stories also deliver equality between the hero and heroine. There were power imbalances at the start, but not of the sexual kind. All four of them are ambitious professionals with numerous skill sets, meaning that the "extraordinary character" playing field was level for each couple. They also shared equal responsibility regarding saving the day, to put it generally. Yet their heroics weren't without cost, which lent both tales a bittersweet note.

I wish the stories had been longer because I enjoyed visiting their worlds.

Here are the covers and blurbs for each book, followed by a few non-spoiler tags: 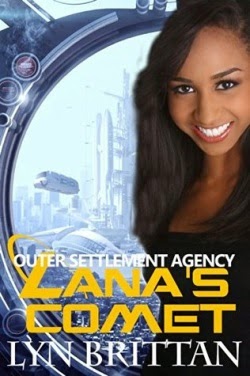 Drill Instructor Cyprus Dhoma lives and dies by the Outer Settlement Agency badge on his shoulder. Every soldier in the solar system wants to be him and just as well, he's trained half of 'em. But when a loud, obnoxious and completely insane recruit signs up for the next round of basic training, it'll test the famous control and reputation he's spent years building up.

Lana hates the military. Everything about OSA completely, totally and unredeemingly sucks - except for the hottie instructor with the bad attitude. He may be annoyed with her now, but she's on a secret mission and needs his help. It'll take a lot of work to bring him in line, but she'll be doggoned if she doesn't get him in tow. Besides, a man that cute shouldn't be that pissed off.

* Forbidden romance
* action-adventure quotient: moderate
* diversity bonus at the end
* heat level: steamy
* equal balance of romance and external plot
* worldbuilding includes cli-fi element
* the story's social commentary touches upon themes of racism, privilege, and gender roles. Some of it plays out in the dialogue between the hero and heroine, which is awesome. 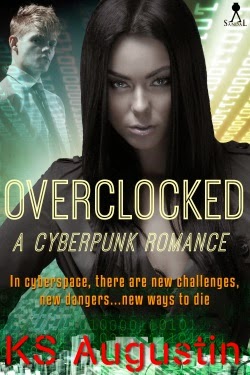