Nothing against the story here and I should emphasize I'm probably in the minority about this kind of story element. Gypsy woman was enticing enough that I detoured around the scene's intended purpose. It's also not the first time I responded positively to a secondary/minor character who's supposed to be a bit unsavory. Remember Boggle? Readers are entitled like that. :)

This is simply a case where despite the fact that the "other woman" was painted as a threat to the heroine, this reader in particular happened to find her intriguing. Other readers' mileages will most certainly vary!

I didn't want her to run off with Dathan, of course. Rather, I felt she was interesting enough to deserve her own story. She was simply conducting her business and therefore I didn't interpret her flirty behavior as an attempt to steal Dathan away. He was the one baiting Eos, so I hold him 100% responsible.

Here's another (non-spoiler) "other woman" reading experience I had: 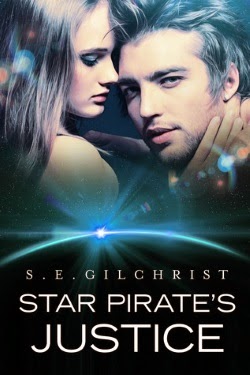 A character in S. E. Gilchrist's STAR PIRATE'S JUSTICE also serves the "other woman" function and I would gladly read her story as well (identity withheld because of spoilers). She struck me as snarky, conniving, and anti-heroine-ish--right up my alley! Her description pointedly refers to an abundance of physical assets (i.e., she's highly sexual) and her presence is designed to make the heroine jealous/insecure. Yet I would love to see her kick butt in an action-adventure SFR of her own. I don't know how you did it, Ms. Gilchrist, but I dig this lady's style!

In another book I read, which I won't even name because it constitutes a significant spoiler, there is an actual other woman who had an affair with the heroine's current partner (not the hero). It wasn't made clear if the other woman, who is described in pejorative, sexist terms by the heroine, knew the man was in a committed relationship. If she did, she's complicit, but if not, I would have preferred the heroine save all her anger for her partner because he was clearly at fault. The other woman, if she was lied to by him about his status, was betrayed as well.

While jealousy is a valid emotion to explore in a romance, criticizing/shaming another woman's body and sexuality in order to cope feels like a very contemporary issue and therefore not one I expect to encounter often in far future, space opera SFRs (a setting all three of these books have in common). Contemporaries and historical romances have substantially covered women's insecurity about their sexuality, so it'd be neat if more SFR heroines could cover new ground, such as starting from a place of being sexually confident and/or addressing jealousy issues in other ways.

Female characters have the potential to play so many roles in sci-fi romance. The speculative nature of the genre allows for far more than the usual suspects. So when I encounter an "other woman" in a futuristic setting, I tend to start wondering, "What if…?"