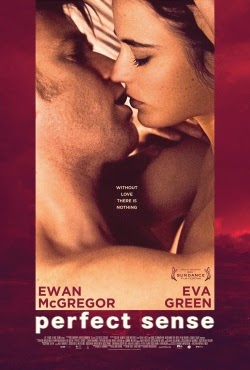 I first blogged about the movie PERFECT SENSE in 2012. At the time, based on available information the story clearly mixed science fiction and romance. So the real question was how would the film end? Would it meet SFR genre conventions?

I finally caught up with PERFECT SENSE a few weeks ago. The movie was directed by David Mackenzie and written by Kim Fupz Aakeson. Here's the premise in a nutshell: "A chef and a scientist fall in love as an epidemic begins to rob people of their sensory perceptions."

Susan (Eva Green) is the scientist and Michael (Ewan McGregor) is the chef. The setting is contemporary. They fall in love as the epidemic spreads, and their relationship is impacted by the order in which their sensory perceptions are affected. So the setting is actually apocalyptic since the story takes place while the epidemic unfolds.

If you don't mind bleak subject matter and bittersweet/tragic endings, you might be interested in this film. It's competently written and directed and experiments with a high concept premise. Susan and Michael are indeed together at the end, only not in the way you'd expect.


For me, though, PERFECT SENSE fell flat in a few areas. After the film ended, I felt underwhelmed. I knew what the story was trying to convey, but a pretentious air and under-baked worldbuilding robbed some of the social commentary of its punch. At other times, the story left a lot open for interpretation, perhaps too much so. Maybe I should have tempered my expectation of engaging emotionally with the romantic leads since this film used a more intellectual and philosophical approach to the subject matter. 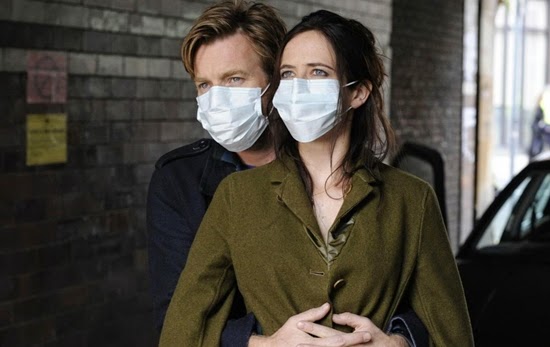 I watched PERFECT SENSE via my Neflix subscription, so in that sense (!) it was worth the price. It provides some interesting food for thought--both figuratively and in terms of the story's content!

Have you seen this film? If so, what did you think?