There's a side of steampunk romance that's larger-than-life and over the top, aspects that lend themselves to tales with humorous elements. This genre includes so many fun gadgets and characters that inevitably some of them are going to be funny as well! Plus, quite a few stories feature "opposites attract" hero and heroine pairings, which is a gold mine of both conflict and humor.

As part of this week's Cosmic Laughs & Love event, I'm going to highlight a few steampunk romances that will tickle your funny bone. 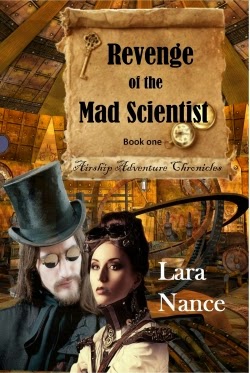 Lara Nance's Airship Chronicles series, which begins with REVENGE OF THE MAD SCIENTIST, has a breezy tone much of the time and includes a variety of humorous character interactions and situations. The quirky ensemble cast and a hero who can never seem to catch a break with the heroine provide many of the comedic moments. 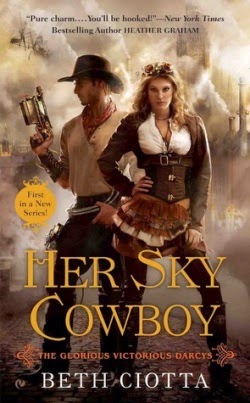 Beth Ciotta's HER SKY COWBOY is an action-adventure steampunk romance with banter galore between the hero and heroine. The combination of fantastical elements and playful tone makes it a story to read when you want something purely for the fun of it. 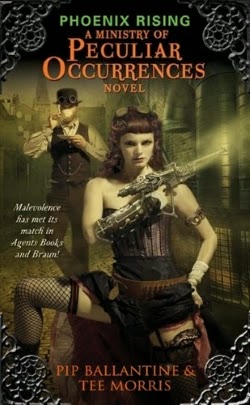 Pip Ballantine and Tee Morris are the authors behind the Ministry of Peculiar Occurrences. This romantic steampunk series, which starts with PHEONIX RISING and continues in THE JANUS AFFAIR, includes quite a bit of humor arising from the odd couple pairing of straitlaced Ministry agent Wellington Books and his firecracker partner Eliza D. Braun. The action-adventure stories deliver lots of witty banter, dry humor, and the occasional comical situation. 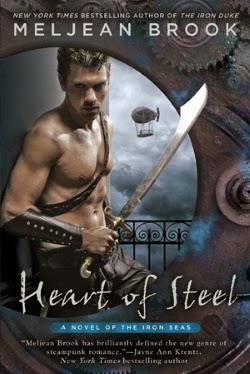 Meljean Brook's Iron Seas steampunk romances are usually serious in nature, but book two, HEART OF STEEL, features a few comedic moments and dialogue courtesy of the dashing treasure hunter hero, Archimedes Fox. His intriguing foil is a ruthless mercenary known as Yasmeen. HEART OF STEEL reads like a pulpy penny dreadful, and I mean that in a good way! 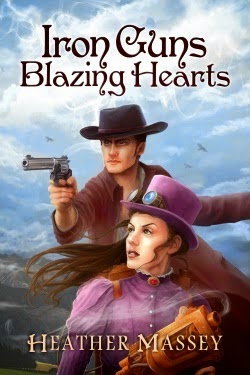 Steampunk romances deliver many humorous situations and much of it has to do with heroes and heroines who are light on the angst and heavy on the derring-do. Even if the stories aren't outright comedic, they're bound to involve at least a few chuckle-worthy moments.