I Love The Variety In Sci-Fi Romance!


Science fiction romance offers an incredible amount of variety that never ceases to amaze me. Here's a snapshot of the worlds I've visited recently: 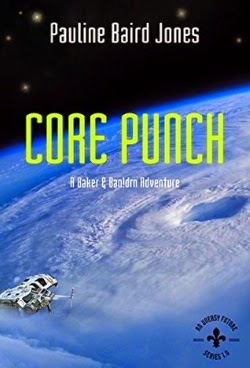 A CAPTAIN AND A CORSET (Mary Wine) - alternate history England and Russia; hero and heroine are steampunk wormhole "Navigators"

RAVEN'S AWAKENING (Sherri L. King) - begins on contemporary Earth and then journeys to distant planets; heroine has a secret identity and hero is a shapeshifter; the story holds appeal for fans of JUPITER ASCENDING 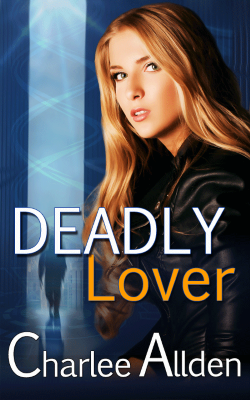 That difference in execution is one reason each SFR I read feels fresh to me. Authors are executing settings, characters, and tropes in a wide variety of ways. I never feel like I'm reading the same type of couple or romance fantasy over and over again. Part of that may be because the genre is relatively young, but I also think it's because authors are willing to explore more than one type of science fiction setting and character. Meaning, this isn't a genre where 99% of the stories are about a human woman and her alien lover. Not that there's anything wrong with that. :D

Other reasons SFR has a lot of variety to offer include, but aren't limited to, the following: 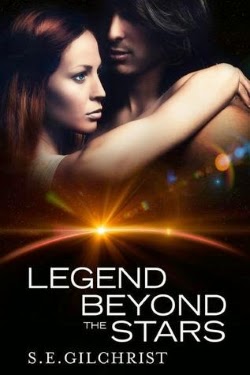 * there's loads of action-adventure (For example S.E.Gilchrist keeps the action moving in LEGEND BEYOND THE STARS--even the title promises action-adventure)
* heroines with agency make frequent appearances (AnnaHackett's BENEATH A TROJAN MOON illustrates this nicely)

* it has a plethora of imaginative settings and characters (I'll not soon forget what happens to the heroine in Eva LeFoy's THE TROUBLE WITH MEMORIES or the creepy-cool climactic scene in Sara Creasy's SONG OF SCARABAEUS!) 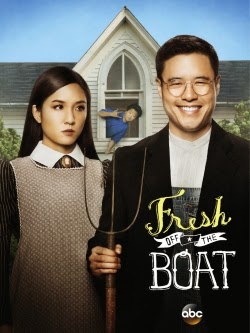 While SFR offers a lot of variety, it's also relatable science fiction in the same way that, say, the ABC television show FRESH OFF THE BOAT is relatable to its American audience. For example, FOTB is set in Florida as opposed to Taiwan. It features family characters and struggles that many people can relate to.

SFR is relatable because it frequently includes accessible technology, familiar romance tropes, and character-driven science fiction. And romance is something many, many, many people can relate to!

One reason I enjoy FRESH OFF THE BOAT so much is the stories are told from the family's culture of origin gaze as opposed to a North American one. That angle makes the show especially unique, insightful, and compelling.

Similarly, one thing I can rely on in SFR is the use of the female gaze. It's a factor that makes SFR familiar for romance readers who are interested in exploring technology-based settings without having to venture into general science fiction. And to freshen things up, the genre offers new or under-explored settings, like steampunk romance.

Technology--specifically the Internet--has played a role here in that niche genres have become more visible and accessible. Viewers and readers are no longer limited to a handful of television networks or Big 5 publishers. Additionally, like in the case of shows like FRESH OFF THE BOAT and EMPIRE, technology has opened the door for more diverse characters and settings. 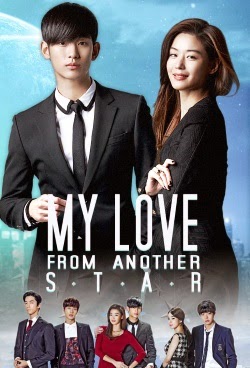 It's interesting that ABC is the same network considering adapting the K-drama MY LOVE FROM ANOTHER STAR. I wonder if the success of FRESH OFF THE BOAT will increase the likelihood of MLFAS getting a green light? That'd be very advantageous because it would help increase visibility for SFR and further demonstrate its relatability (as long as they don't butcher MLFAS, in which case, grrrr).

Tell me about a science fiction romance you've read recently. What makes it different/unique? Which elements might other readers relate to?