If you enjoy sci-fi romances that feature a hero and heroine on opposite sides of a war or invasion, then you might be interested in Mary Brock Jones’ RESISTANCE and PAY THE PIPER, books one and two in her Hathe series. Both are novel-length. 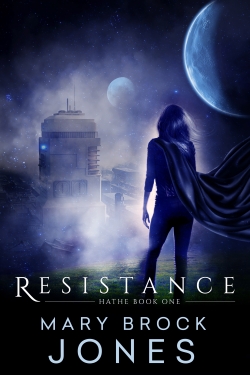 When two, opposed worlds must fight for their very survival, what chance is there for a pair of duty-plagued lovers caught in the middle?

Five long years ago, the Terran invaders appeared in the skies above Hathe and life on that peaceful and wealthy planet changed forever. Now, the time has come to throw the invaders out. The Hathians are about to reclaim Hathe.
Hamon Radcliff is one of those Terrans. He must use any means available to keep Hathe in Terran control, no matter how much he hates it, for Earth cannot survive without the urgonium found only on Hathe. It’s their main energy source. But all the rules change when he captures a woman of the long-lost Hathian ruling class, a woman he strongly suspects is an undercover agent for a secret Hathian resistance movement.
Now he must choose. Protect the woman he loves and let millions of his people die. Or break her, find out what she knows and save Earth. 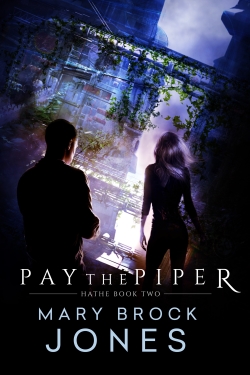 Secrets are revealed; questions must be answered, as two lovers caught in a maelstrom of opposing loyalties face their toughest fights yet.

For five years, the Terrans ruled Hathe, taking whatever they needed, especially the energy-rich mineral, urgonium, Earth must have to survive. For five years, the Hathians kept their world safe by hiding behind a façade, posing as subservient peasants and pretending all the wealth and knowledge of Hathe had vanished. Then came the time for Hathe to fight back, and for the Terrans to learn how wrong they were.

Now the war is over.

Hamon Radcliff was Head of Security for the Terran forces; his wife, Marthe an Castre, belonged to the Hathian resistance.  Surviving the peace was always going to be tough for lovers caught on opposite sides. Both have done what they must to protect their home worlds and those actions have consequences. Nor does the end of war take away all the bitter anger between Hathe and Earth. When that anger finds an outlet, and turns its glare on Marthe and Hamon, peace time becomes downright dangerous.