Hi, Skiffy Rommers. I’ve been away on various inter-galactic missions for the last few months, but now I’m back on good ol' terra firma and I’m here to say: 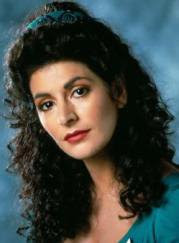 I have just had it with that woman! Every mission I go on, every galaxy I travel to -- there she is in all her empathetic glory, subverting men’s expectations for the rest of us poor women and irritating me to the point where I simply must kill her.

What was that? What did you say? Oh, you think I’m over-reacting, do you? You think she’s just an annoyingly earnest little empath, do you? Well, let me enlighten you. I’ve got stories to tell about the oh-so-beauteous Deanna. Just listen and learn.

I first ran into her while I was on a mission in the nether reaches of the Andromeda Galaxy. It was back in the days when I had a partner. Oh, it was such a long, long time ago! My partner was a hunkily beautiful piece of space trash, with a gift for hacking systems and who always, but always, had my back in sticky situations. 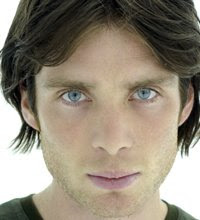 Until Troi got her claws into him...!


Just as I had decided that, if I could thrash a destructive Spice Nine addiction out of his system, he might actually be The One, along comes Troi. I caught them snuggled up at a back table in the infamous bar on The Galaxy Express. She took one look at me and started to intone “I sense jeal…” before I smacked her one in the face and hauled my beloved back to the pod. But it was too late. He started asking me if I could feel his pain, if I could possibly squeeze myself into a skintight gossamer one-piece, and didn’t I think that my crew cut was a little severe considering my lack of cheekbones and big, brown eyes.

Bah! What a waste of prime baby-making material. Last time I saw my ex-partner he was the janitor at a Vogon beauty parlor and still in the grip of the dreaded Spice Nine. For this I blame Troi! 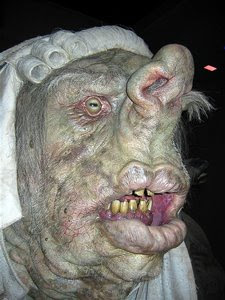 Still not convinced? Still think she’s harmless? Then read on…

The second time I ran into her she was working as an intern on a third-rate freighter, which was shipping immigrants to the outer colonies. Her job was to provide mental-health counseling to the convicts, I mean colonists, in the ship’s massive holds, which does not explain why she spent all her time either on the bridge or in the captain’s cabin. So, one day we came under surprise attack from an unidentified assailant. The freighter’s crew was not used to such events and they froze. I instantly manned the weapons and started firing off everything we had, while Troi filed her nails and bubbled on about how she sensed aggression from whatever was trying to kill us.

Having saved the day I stepped back from the controls and graciously awaited my due homage -- except the entire crew was clustered around Troi, politely avoiding her horrid case of permanent camel-toe by feasting their eyes on her ample bosom and actually thanking her for saving them from the hostiles. Grrrrr! And then she shot me a malevolent glare, while starting to intone, “I sense jeal…” I ripped the weave right out of her scalp before she could finish. It was a beautiful moment!

I’m sorry, what did you say? You think I’m…jealous? Watch yourself there – those are fighting words, doncha know.

Well, let me get a little more serious. When I heard that Troi has landed the plum job of Ship’s Counselor on a galaxy class federation starship, I started to doubt myself. She couldn’t have gotten that job unless she’d shaped up and started applying her brain more and her sex appeal less…could she? I observed her career from a distance and I waited. 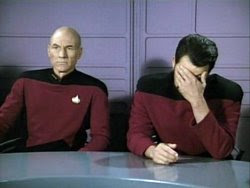 I waited for her to do the job she was hired to do – you know, counseling people through the stages of grief, assisting the crew with issues of stress and homesickness, connecting motherless and fatherless children with reliable sources of love and support, or even facilitating high level meetings – using those empathy skills to prevent inter-species miscommunications. Admittedly I did see her do a couple of these things aboard The Enterprise, but… How much work did Troi actually do, as compared to perching on the bridge, uttering a plethora of completely obvious observations, and having multiple costume changes?

I can still hear you! You still think I’m just jealous, don’t you? Well, here’s your opportunity to convince me that I’m wrong. What do you think of Deanna Troi? Would YOU hire her as YOUR counselor?

Oh, and if she ever shows up in your part of the galaxy – remember my words, and DO NOT let her near your man. Or maybe I’ll do the galaxy (and womanhood) a favor and just kill her first. Unless you talk me out of it!