How Science Fiction Romance Can Reinvent Penny Dreadfuls Into Something Wonderful 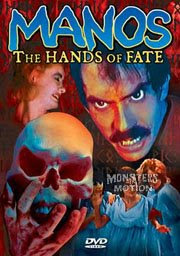 Much as we’d all love for science fiction romance to become an overnight sensation, the actual scenario is about as likely as a big budget Hollywood remake of MANOS: THE HANDS OF FATE.

Yet even an appallingly bad film such as MANOS gained a cult following, thanks to its propagation through home video, the Internet, and MST3K. Rather than an explosion of fame and fortune, SFR is more likely to gain popularity at the rate of a slow, steady growth.

A crying shame, I know.

However, I can’t emphasize enough how beneficial digital publishing is for SFR. Digital releases have strong potential to influence the direction of the genre. Digital publishing offers more creative control for authors. Readers get the variety they crave.

Digital mediums also have the potential to deliver content in non-traditional ways—ways that can attract new readers (and connect them with different genres). Not only that, but ways that adapt to our often hectic lifestyles.

In a recent io9 article, The Best Way To Break Into Science Fiction Writing Is Online Publishing, author Michael Stackpole “…is convinced that both established and fledgling authors need to embrace new content delivery methods or fade into irrelevance. In fact, he offered evidence that digital publishing will not only be necessary for authors, but that it will work in their favor.”

And Mr. Stackpole also had this to say: 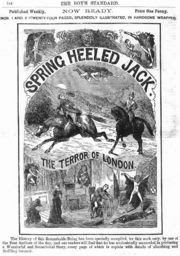 “Rather than simply changing the method of delivering stories to readers, Stackpole believes digital formats will change the nature of the stories themselves. At the very least, authors should tailor their work to these new mediums. He cited what he referred to as "the commuter market," people who read two chapters per day on their half hour train ride to work. It's an ideal market for fiction broken into 2,500 word chapters, and could presage a resurgence of serial fiction. "It's kind of like a return to the Penny Dreadfuls," he said. "But the readers today are more sophisticated, so we as writers need to put more work into it"” [emphasis & link mine].

In a post at Scorched Sheets highlighting the key items of the Rogue Digital Workshop, it was noted that Kassia Kroszer made this prediction regarding digital content:

“Possible trend toward chunked content [definition note: chunked content is selling book piecemeal – in a way similar to itunes selling songs as well as full albums, consumers would be able to buy individual portions of a work, say a single poem or essay, or only one author’s work out of an anthology]

Subscription and serial content. This is currently experimental, but Kassia thinks it’s definitely coming” [emphasis mine].

And to pull it all together, we have this tidbit from Jane of Dear Author:

In a recap of the RWA ’09 conference, she shared that “I heard from more than one editor that they are tiring from the sameness of submissions and are looking for something, ANYTHING different.”

All of the above represents yet another opportunity for science fiction romance to make its mark. The writing’s on the wall.

What do you think about serialized content for science fiction romance? (Should we dub them “Penny Wonderfuls”?!)