What to Wear to an Intergalactic Ball? 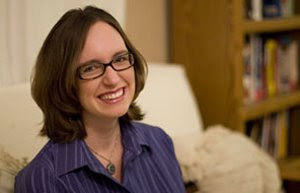 I grew up in a small town in the middle of the San Joaquin Valley in California. As a kid, I spent most of my time reading, swimming, fostering my obsession with horses, and annoying my two brothers. I loved to write, though I’m pretty sure the only “book” I wrote as a child had something to do with a princess hiding behind a tapestry so she could sneak out of her castle because her brother was being mean and she wanted an adventure. I don’t think I ever finished that one, which is a shame.

My imaginative childhood grew into a thirst for knowledge and adventure that I’ve kept to this day. I love to travel and try new things. I worked as a balloon artist in restaurants, rehabilitated injured hawks and owls as a volunteer at a raptor management center, traveled all over the country during my trumpet playing days with the Cal Aggie Marching Band-uh, managed to wander to Europe to explore Germany, France, and Spain, and finally settled down with my wonderful husband to raise a couple of kids, a couple of cats and one fantastic All-American mutt.

Now my hobbies include making beer, birdwatching, and trying to tame my massive butterfly garden. I hope to bring you stories of love and adventure that entertain you as much as they have captivated me.

And now, Jess Granger presents the haute couture that no SFR character should be without: 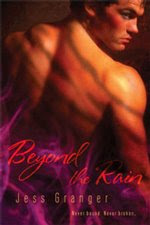 One of my favorite parts of world building for my novels is doing the costume design, and yes, I think of it as costume design. In fact, one of my secret “What do you want to be when you grow up” wishes is to be a costume designer for movies or theater, so I have some fun with the clothes my characters are wearing.

Science Fiction has a proud history of iconic costumes. All I have to say is Princess Leia in a bikini, and we all have the same picture in our heads. From the sleek sixties era Star Fleet emblem, to the gritty western look of FIREFLY. The things characters wear can have such an impact, people meticulously recreate them for conventions and criticize or complement one another on the details.

For that reason alone, costuming is not an element of world building one should take lightly. I actually break out my sketch pad and draw certain costumes to give myself visual reference for my stories. Here are some of the rules and tricks I use when dressing my characters.

#1 What materials do the characters have available?

This seems obvious, but you’d be surprised how something so simple can be overlooked. At one point I had a metal clasp or fastener on a piece of clothing from a culture of aliens who live on a savannah with no mining capability. So where in the heck did they get the metal? When creating new standards of clothing I make a list of what materials are available for the people of that planet. Once I have that, I move to the next rule.

#2 What is this clothing used for?

Clothing has to fit its function. If it is clothing used in battle, or for any athletic activity like hunting, it has to let the character move freely, but protect the characters from injury. The other thing characters need to be protected from is the elements. Keep the weather in mind. Now clothing can be purely ornamental, but when dressing up your characters, think about this…

People only dress in confining, ill-fitting, strange, impractical, or nutty clothing if they have the money to make a statement through their dress. People with no money have much more practical clothing suited for work, and adorn it in simple ways that reflect the fashions of those that have money, but poor = practical. Rich = ridiculous. Think about the powdered wigs, layer upon layer of this waist coat over that shirt under this coat, under that cape, of the 1700’s. Heck, check out Paris Hilton’s wardrobe sometime. The worst fashion offenders were those wealthy enough to wear their money on their sleeves, or their feet in some cases. So when dealing with alien cultures, if you’ve got wealth, have some fun. You have the freedom to create completely impractical clothing that just looks cool. Speaking of looking cool…

#4 Beauty is in the eye of the beholder.

Humans have had a history of doing strange things to our bodies to meet a standard of beauty. We’ve bound feet, stretched necks, and cinched waists. Now usually the women have paid the higher price for beauty, but the things we’ve done in fashion in the past is ample material to morph into alien fertility and beauty rites.

#5 Use clothing to accentuate the point you are trying to make with your alien species.

Ever notice how in STAR TREK Vulcan’s have high heavy collars to their robes? It focuses all the attention on their heads, indicating this is a cerebral species. STAR TREK was always brilliant at this trick. Klingon’s clothing looked war-like. Even things used as adornment either functioned as, or looked like weapons. You can paint a picture of a species very quickly simply by the clothes they wear.

So what are some of your favorite costumes in Science Fiction? I can’t be the only one out there obsessed with the fashion of the future.