The Best of Agent Z 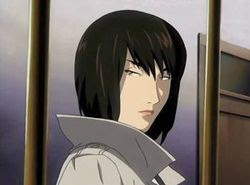 Now that we’re getting closer to the release of Diane Dooley’s science fiction romance novella BLUE GALAXY (Carina Press), I thought it’d be fun to take a jaunt down memory lane and revisit a few of the adventures by her kick-ass alter ego, Agent Z.

For those of you unfamiliar with Agent Z, she's an intergalactic spy supreme who makes an appearance aboard this cosmic locomotive from time to time and blogs about her exploits. Especially when she needs money.

Not only has Agent Z never met a gargleblaster she didn’t like, she also knows what the word “seraglio” means. Whatever. (Not that I’m jealous or anything). She also has a penchant for skimpy outfits and—wait for it—tentacles. You know there’s a close connection in there somewhere because she spends an awful amount of time talking about how much she despises tentacles. (Calling Dr. Freud!)

Anyway, her adventures have attracted quite a bit of attention and are still getting play around the blogosphere now and then. Therefore, for your reading pleasure, here’s my rundown of the top five Agent Z posts:

I need a change. I’m just so fed up! Ergo, I decided it was time for a new look. A fresh new hairstyle—that would cheer me up. But which style would be perfect for an intergalactic spy with a mild case of malaise? I decided to cast my hungry gaze toward our SF heroines for inspiration.

4) This Is Your Heroine Speaking

This is your heroine speaking and I have a few things I’d like to say to you. First of all – thanks! I would not be alive without you and please don’t think that I don’t appreciate it. Despite all the pain and angst and danger you put me through, it’s still better than never having lived at all.

And I don’t mean to sound ungrateful, but there are one or two (OK, five!) things I have a little, itty-bitty problem with. Please bear with me and let me get this off my chest, then I’ll willingly go back to doing whatever you want me to do.

Howdy, dear passengers of the Galaxy Express. I recently met with debut author, Gini Koch, and over an Intergalactic Gargleblaster (or seven) we bantered about writing, reading, drinking and being touched by aliens.

To: Heather
From: Agent Z
Subject line: Don't get your panties in a wad

Hold your horses there, Heather. While I loved the books I never claimed that they were works of startling originality. I didn’t claim that because, well, they’re not. The specific question is: did Collins rip off Battle Royale?

1) Mission to Planet Gor: I Ain’t Never Going There Again!

It had seemed like a simple enough mission: rescue a kidnapped princess and return her to her extremely wealthy family and adoring public. I knew that Planet Gor was a dangerous place, especially for women. I had read John Norman’s multi-volume account of the society and customs of Gor and thought I could handle it. I mean, I knew most of the women on the planet were slaves. I guess I thought I could fit in–you know, disguise myself and act subservient.

Ahhh…the mere thought of Agent Z getting all disguised and everything in her skimpy outfit sends a frisson of anticipation down my spine. First, I could wet her down with a nice bubbly gargleblaster. Then I’d wave a rubber tentacle around to—Hold on! Did I just say that out loud?