When writing SF/science fiction romance, it often pays to be up on current technology. This can help authors project more realistically into the future and provide more longevity to their work if "the future" turns out to be correct.

Examples of this would include Ford Prefect’s copy of THE HITCHHIKER’S GUIDE TO THE GALAXY, from the Douglas Adams book of the same name. Let’s see a show of hands of those who expected her iPad/Kindle/nook to light up with the large, friendly words “Don’t Panic” on its screen.

Not only was the man a clever author, but he was prescient too.

Given the fact that a group of Hong Kong scientists recently proved (their words) that time travel is impossible (so much for the premise of umpteen SF movies and novels), I thought it would be nice to round up a list of current technology that would have been straight out of science fiction 30 years ago, but is here right now.

Will any of these make recent SF works obsolete or empower them further?

1)   Frickin' Laser Beams on Battleships – According to this article on Gizmodo.com: 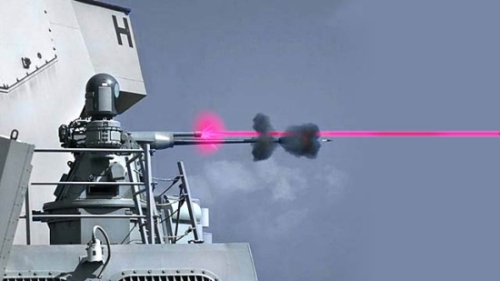 Boeing and BAE are building a weapon that combines a traditional M242 autocannon—which fires 175 rounds per minute with a range of 2.5 kilometers—with a high energy laser. They call it the Mk 38 Mod 2 Tactical Laser System.”

"The laser will be able to target and destroy surface and air targets like small boats and unmanned aerial vehicles. The Navy is excited about it because they can integrate it in current ships with little work.”

I think I've seen this somewhere before. Wait a minute...now I know! 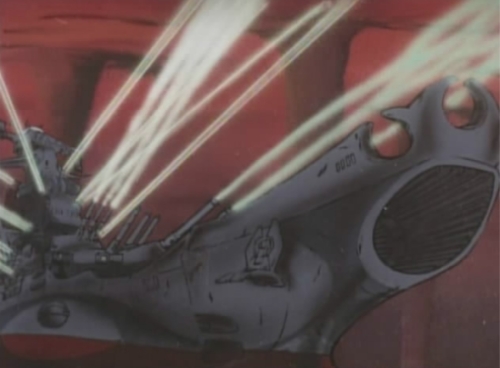 Sing as if you're in Kraftwerk: "We are the robots." Are you ready for your own “David” from A.I.?

You can get his stuffed bear while you’re at it, too.

3) Computer-Generated Pop Stars – Have you seen MACROSS PLUS? More importantly, are you ready to live MACROSS PLUS, right here and now in Japan? 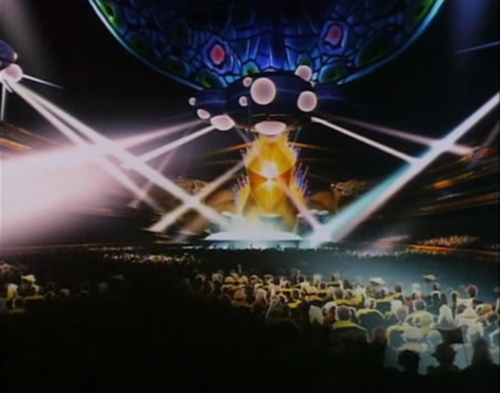 (Sharon Apple, a digital pop star, sings to her adoring masses in MACROSS PLUS.)

4) Tricorder or Smartphone? Dr. McCoy could examine and diagnose all sorts of maladies with his trusty, but clunky tricorder and then hail the Enterprise with his communicator.

Heck, we can do pretty much the same with smaller, incredibly powerful pocket PCs known as smartphones. CPR? Check. Foreign language translation? Check. Calling home? Hey, they do that too.

Each year the iPhone grows thinner and more powerful. Forget the 23rd century. Where will this tech be in only 10-15 years from now?

5) Landspeeders…or cars that drive themselves? The tech for the latter is already here. They may not fly, but they’ve already dated years of 70s/80s SF films (K.I.T.T., I'm looking at you). What will the future hold? Will the usual two-to-four door design with a glass windshield be horribly obsolete?


Technology is evolving rapidly. As computers get faster, their ability to help design new tech grows faster and easier too.  In this BBC interview with William Gibson, the author talks about how difficult it is to project the future when everything is changing so rapidly right now that we live in "the future."

What do you think? How closely do you watch new technology to see how it fits into SF narratives? Does it matter to you if things are kept fairly realistic (e.g., 2001: A SPACE ODYSSEY) or do you prefer your stories to concentrate on action and fun, realistic or not?

As for those scientists in Hong Kong, many people have “proven” one thing—only to be disproved later. Perhaps they’re a group sent from the future to prevent future time travel tests that irrevocably screws up their time period. The only way to stop this is to convince past scientists (our present) to cut that crap out.