If you enjoy romantic SF that features a space opera setting and an ensemble cast, you might be interested to know that Elizabeth Lang, author of THE EMPIRE, has come aboard The Galaxy Express to update us on the progression of her politically-charged series.

This series has an interesting story behind it. Back in February 2011, I blogged about THE EMPIRE’s original, technically flawed cover. The publisher responded by approving the creation of a new, much improved cover, and the author invited TGE passengers to give their input. In true HEA style, Ms. Lang wound up with a spiffy new cover that sci-fi romance fans would be proud to show off: 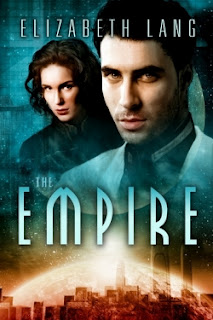 Now, the author is back to report that she continued the cover theme for the next two books.


Book two in the series is THE REBELS (July 2012, IFWG Publishing). (It can be read as a stand-alone.) Here’s the cover and story blurb: 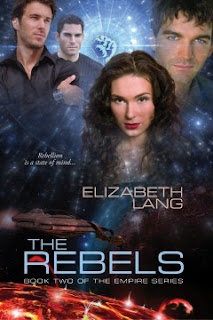 "Maybe I want to find out what's worse than dying."

On the cusp of freedom, Adrian Stannis is plunged into the world of bounty hunters and rebels, each one valuing his head with the kind of single-minded intensity that does not bode well for his dream of peace and a fully stocked lab in a quiet and obscure corner of the galaxy.

Dragged along against his will by a barbarian intent on selling him back to the Empire, Adrian 'accidentally' kidnaps an emergency room doctor--because that is the kind of thing he does, while Kali and Bryce try to find him and become embroiled in an adventure of their own, one that leads to a sinister mystery. 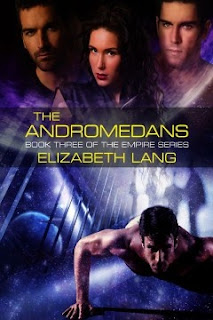 THE ANDROMEDANS is scheduled for release in late December 2012. Check Elizabeth Lang’s site for future updates. In the meantime, here’s a sneak peek of the premise courtesy of the author:

The final book in the Empire Series is a gut-wrenching exploration of what it means to be human when everything is taken away from you, even the knowledge of being human.

All three covers have continuity, which is so important in terms of branding. Plus, the character-driven nature of the stories really comes through. I salute Ms. Lang’s efforts and wish her much success with her series!