Here are the covers and blurbs for her new stories: 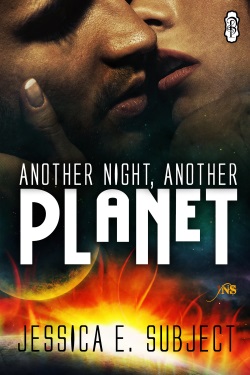 Ava is a housekeeper aboard Star Spirit, a luxury cruise ship travelling between the Milky Way and the Belvarian System. Coming from a middle-class family on Earth, she is considered by passengers as nothing more than an object to be tossed away when they’re done with her.

Shunned because of his lineage…

Banned from several planets across the universe, Nate struggles to run his interstellar shipping business. But the DNA of an exterminated race runs through his blood, giving him a diluted form of their powers, and leaving him labeled as a terrorist.

Both searching for the one…

Through her 1Night Stand dating service, Madame Evangeline matches these two together for a celestial escape on the pleasure planet, Elatia.

Will Ava and Nate find what they’re looking for, or will their date be just another night on another planet? 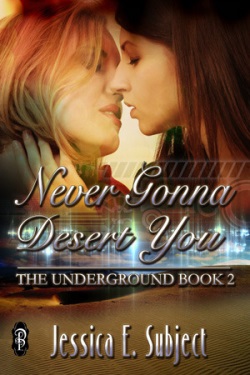 Determined to find and bring back her girlfriend, Brook enlists in the next mission to the foreign planet, Airondelle. But the deception at Planet Core continues, and Brook doesn’t realize the depth of her father’s involvement until he orders her terminated. Struggling to stay alive, she quickly learns nothing is as she believed.

Will she ever find Melina? Or will Brook be stuck light years from home, alone, and with a fierce predator hunting her down?

Ebook prize: winner's choice of either AN UNEXPECTED RETURN or NEVER GONNA LET YOU GO.

Five other winners will receive a mixed-book swag package. These prizes are limited to Canadian and U.S. residents.

To enter, simply leave a comment for this post. The deadline to enter is midnight PST on Wednesday, June 19, 2013. I'll pick the winners at random.

To make it more fun, answer me this: If science was capable of altering DNA to bestow people with extraordinary abilities, what type of ability would you want to acquire?