After reading the work of a few of the biggies in PNR, I knew that I could pen a story, heck, a series just as sharp, witty, funny and disturbing as any of them. And I could bring something different to the table. The difference being my heroine does not do corsets and black leather tights as outerwear nor does she do studded anything. Cross-bows are not her thing. She totes a .357 magnum and that’s for the annoying humans. She is not twenty-one and does not sport scads of flaxen tresses.


My heroine, Faustina Cain, Tina for short, is in her thirties as the book opens. She is living as a sort of mercenary with her ailing mom and their cat. It is five years after the Felig invaded and began scooping up humankind as lunch. They are very tidy, efficient and thorough at doing that. And their stealthy neatness has surviving humankind paranoid. Permanently. Anyone could be lunch at any minute. This mother and daughter reside in a post-apocalyptic world in which the landscape of the mind has been destroyed, not the flora and fauna.

Tina is African-American and single. She dons racer-back bras and boy-leg undies under sensible workout wear. She wears twists-outs and/or twists and head wraps. Running shoes complete her look not stilettoes and she practices Qui Gong and Krav Maga. Her character called out to me because the storylines and covers offered by mainstream publishers omitted this type of heroine from its PNR lines. Yes, there had been Damali from the Vampire Huntress series of the late L. A. Banks. But she had been the sole one. Lord knows, there cannot be only one! This is not Highlander. 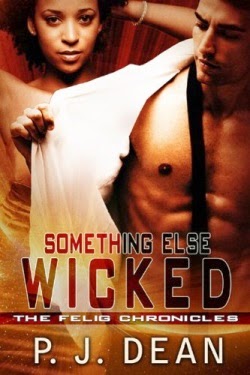 Am I complaining? No. Publishers of mainstream books only see their bottom lines. Certain books by certain people about many kinds of people do not sell well. Mainstream readers pick their next book by what the previous one was. People are gonna do as they please because…hey, they will. I am forging my own road and writing what I want, how I want. Thank goodness for medium-sized and small presses. They take chances. They step out of the comfort zone. They push boundaries. In my case, my boundary pusher is Extasy Books. Thank you, EB!

My own blog, “Diverse Views: Isn’t romance for everyone?” embodies how I feel about how the niche for which I write is received. Be a POC writer and write Multicultural/Interracial romance of any kind and the love is limited. Plain and simple. Your audience is small. Be a POC writer and write PNR/SFR and one hears crickets. Except at sites like Heather’s. I was like a kid in a sugar haze by the time I logged off.

All that said, onto the meat of the blog entry that Heather graciously invited me to write. After seeing her request for writers to come forward and be included in her database of multicultural PNR/SFR, I emailed her. She added my stuff to her list and I got a chance to guest-blog.

Here are some essential things to know when writing multicultural/interracial PNR/SFR:

1) Have an interesting tale to tell. Before pondering over whether or not to add any multicultural characters or interracial relationships to your book, evaluate if you have a meaningful, coherent story first. In the PNR field, apocalypses, vampires, werewolves and shifters abound. Many follow a formula. I, for the life of me, cannot do formulaic. The afore-mentioned characters have been, and are being, done. Writing more of the same, on my part, is repetitious. If I can’t conjure up a brand, spankin’ new tale, what do I do? I skip it or conjure up a brand, spankin’ new variation on the tale. Example: the alien Felig in my series are not vampires per se but they do drain the life out of anyone they meet and they have their own set of myths by which they live.

2) Ask why the story needs MC/IR characters or relationships. I created Tina Cain and her Caucasian partner/lover, Nate Lowe, because they depicted how people, no matter what their differences, can and will pull together in times of crisis. Plus, they looked good together and had baggage only they knew how to sort out. Secondly, once joined together, they had a common cause (saving the world) not just screwing incessantly for a high titillation factor. So give your multicultural characters something to do besides standing there being multicultural and scenery. 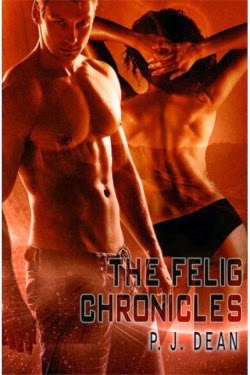 3) Please make the multicultural characters human (if that’s the species from whence they come). That means make them humorous or nasty or noble or ignoble or nerdy or contrary or opinionated or serious. You get my drift. I have one which I caught flack about. The folks who did respond, disliked that Tina had sex with Nate “too soon.” And how it was stereotypical of Black females. Excuse me! How? Tina is a FICTIONAL character not a role model. They got together with a quickness because since the Felig landed, no one is guaranteed to be around the next minute, let alone the next month. So for some people, it’s almost obligatory to act on feelings right away. Not saying they were in love. It was lust most definitely. Authors be prepared to not dodge that bullet. You cannot cater to anyone but you. Write real, many-layered, full-on, flawed characters. That’s the respectful thing to do.

4) Vernacular. Slang. Use it. If there are turns of phrase you know that your character would say, write it. Please don’t have whole passages of it to show how “down” you are but don’t shy away either. Just don’t toss in a whole can. A few shakes will do. Readers will pick up on the meaning as the story progresses. I swear they will. Or they’ll ask somebody.

5) In PNR/SFR, I’ve noticed a lot of gadgets. Employ or invent them as the story dictates. There are items in my series that the Felig use that are crucial to their existence. On the other side, the humans have developed a device to fend off Felig attacks. If you are open to dreaming up gadgets, go for it.

6) This last point is not a point at all. It is a comment. As a romance writer and as an African-American female, I have always read mainstream romance which to this day is still largely a one-shade-fits-all world. I began writing because I desired to see more POC depicted in various roles and relationships in all genres of romance. And I wanted to see more POC who are romance writers get a chance to have their work discovered. That is where I applaud the small publishing houses. It’s time. With profits for the Big Five publishers shrinking maybe it’s time for their R&D departments to rethink their strategies and follow what smaller presses do. Also, the romance readership’s mentality, tastes and demographic are changing because isn’t romance for everyone?

I, P. J. DEAN, am the product of an only child upbringing by a single mom when it just was not done! I was raised in the embrace of her colorful family. A jazz drummer. A trucker. Two WWII vets. A numbers’ runner. An aspiring opera singer. A few gay uncles. All mixed in with staunchly independent women and men who took no stuff from anyone. We had neighbors who people nowadays would label as people of “questionable repute.” I loved every minute of it. My eyes and ears soaked it up. They all forged me in the fire of their many-faceted hearts. Watch the HBO film Lackawanna Blues. It’s the closest you’ll come to my life. I hope I’m doing them proud.

Blurb for THE FELIG CHRONICLES #1

An alien race (The Felig) has invaded Earth. To live, they must absorb a human completely or siphon off the human's life energy. They can shape shift too. When the story opens, the Felig have been here for several years. The world population lives in a state of total paranoia. No one can trust anyone because no one knows who anyone really is. My African-American heroine and Caucasian hero, Tina and Nate, meet at a time of mutual need. Both have secrets that they want to remain hidden otherwise these secrets might break apart the fledgling union.
Posted by Heather Massey at 5:00 PM
Newer Post Older Post Home
View mobile version