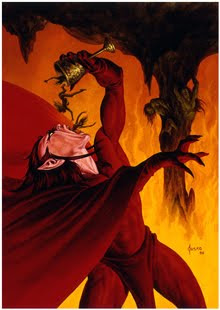 Close to three years ago, I read an unpublished manuscript written by a friend I met through an online writing community. It had a fantastic premise and was loads of fun. A publisher would probably consider it YA, but I consider it YA SFR. Lots of comic-book style action, a sweet romance, and a unique coming-of-age tale.

My friend eventually landed an agent, albeit with another manuscript. The agent, however, agreed to take a look at her YA manuscript. I helped out with another read to provide feedback before it went on submission. I’ve probably read the story maybe three times now, and it still felt fresh and fun. We were both excited at the prospect of her selling this project. I just knew the cover was going to be fabulous. I was looking forward to featuring the book at The Galaxy Express.

But then the unthinkable happened.

My friend had to fire her agent. The agent stopped returning emails, and obviously lost interest in not only this YA project but also the other manuscripts she’d been submitting. Now my friend will have to start looking for an agent all over again (the first round took her over ten years). What’s frustrating is that she’s a prolific writer who is open to revisions. I lost track of how many she did for her former agent.

I’m really in a funk over it. But not just that. About two years ago, I read part of a rough draft of a romance for another writer friend, and even in its nascent form, the writing and story popped. She moved on from that story, but wrote others. Earlier this week, I learned that one of them was turned down by a publisher whose style and preferences she had carefully studied. Okay, so that’s the nature of the biz, but it still stinks.

On top of that, another friend, a screenwriter, came "thisclose" a couple weeks ago to landing several million dollars to fund the production of a script he had written. I’d read it—and also loved it (trust me, it's good and commercial!). Then the funding all fell through at the last minute. To be clear: my friend would not have made a million dollars. Far from it. But it would have been a very healthy amount and the start to a promising career.

Yeah, it’d be fair to say that in all of these cases I’m biased, but I can’t see any compelling reason that these projects couldn’t be published/produced. This doesn’t even count the SFR stories I know of that have yet to find a home. It’s on my mind since all of the above happened within weeks of each other.

I haven’t stopped to analyze the issue completely, but for years I’ve gone through spells where I mourn the books I may never get to read, or the films/TV shows I’ll never get to watch. Or there are stories that make me go, “I wish I could read/watch more of that.” I should never say never, but on the other hand, reality is reality.

This isn’t to say that I’m not grateful for all the wonderful books/movies already in existence. In fact, I’ve got a nice fat list of books I’m getting ready to purchase, and my DVD collection is overflowing. And goodness knows, there are more important things to worry about.

At any rate, the most frustrating aspect is to have knowledge of projects that are full of promise, and yet all I can do is watch in vain as they hit a brick wall. Then I get cranky thinking about the risk factors in the publishing and film industries and how that creates a barrier between me and my entertainment.

On the bright side, all of the writers mentioned above are the persevering types. I’m going to stay positive and predict that within the next few years, I will be able to not just blog about their success, but shout it out to the stars.