When Heather told me about the theme for the blog post being diversity in science fiction romance, I had to smile. SFR itself exemplifies some nice diversity between two genres with seemingly different rules. Looking closer, the two go together like lightsabers and phasers.

I’m fairly new to today’s SFR trend but I’ve always been a big fan of science fiction and fantasy growing up (and now that I think about it, SF/RE TM-Laurie Green ;-) or romantic sci-fi). Looking back, there were a ton of movies and tv shows that showcased some awesome action, eye popping special effects and a great story mixed with memorable characters experiencing what it means to be human, including falling in love with someone they click with. Some hardcore SF fans think that romance may muddy the waters of SF a bit. While that’s possible if certain rules aren’t followed (which can be said for SF itself), there are many instances that prove the two work well together.

In a comment section on another thread here at TGE, I wrote about some favorites of mine that showcase both SF and romance. My list included Strange Days, Blade Runner, The Fifth Element, Star Wars, Appleseed and the recent Avatar. I’ll even toss in Terminator and Aliens (no wonder I love James Cameron flicks). 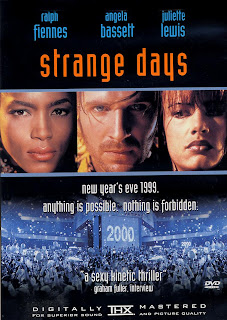 Strange Days rates up there with one of my fave flicks of all time and I think it’s a wonderful example of how awesome SFR has been onscreen. Despite some minor plot flaws and a few disturbing scenes, this movie taps into the futuristic dystopia vision that issues a relevant commentary on today’s society. Even though it was released in 2005 and takes place in 1999, issues that are highly illustrated today still apply, including some nice cyberpunk elements. Underneath the social commentary, we get a story about a man who’s trying to get over his ex-girlfriend, climb out from under the shadows of his fear and turn his life around for the better. 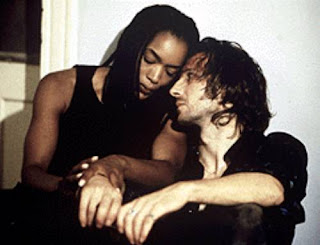 Once an upstanding cop, Ralph Fiennes’ Lenny Nero was kicked out of the force when he became involved with a hooker named Faith Justin (played by Juliette Lewis) he rescued from the streets. Things went bad when she left him for a big time record producer and Lenny falls into selling wire trip videos (other people’s recorded memories) on the black market. All the while, Lenny’s close friend Lornette “Mace” Mason (played by Angela Bassett) holds a torch and a rocky friendship with him as he takes her kindness and affections for granted. All the while, Mace watches Lenny torture himself over and over broken memories with his ex. Ever since Lenny cared for Mace’s son years ago when her husband was arrested, they’ve been close; she often coming through for him when times were tough on his end.

Strange Days is interesting because Lenny and his relationship with both women go through a change. Mace forces him to face up to his lost memories and even though he’s blind to how she feels about him (at one point he ask her “have you ever been in love with someone who didn’t love you back?”) there’s a scene at the end that earns one of my favorite moments in cinema history. [Spoiler Alert!]

There’s also an interesting connection between Strange Days and Harlequin that I discovered some time ago. In their now defunct Silhouette Bombshell line, the guidelines stated they wanted a strong woman “who, when faced with an obstacle that challenges her as a human being, will stop at nothing to see good prevail over evil”. Angela Bassett was cited as one of the great movie heroines for writer’s inspiration to draw from. I’m sad to see the Silhoutte Bombshell line closed before it got its legs but the genre itself is wide open and ready for these types of heroines alongside a strong hero in the SFR genre.

Another awesome thing about the SFR film genre is showcased in its diversity of characters. One of my fave aspects of storytelling is diversity in its characters so I love it when movies, TV shows and books show an IR (or interracial) relationship (not to be confused with interspecies ;-) ), particularly when the female is a woman of color. Octavia Butler is known for a wide array of sci-fi/futuristic stories centered on diverse characters, often featuring a woman of color as the main character. In mainstream publishing this was unheard of during Butler’s time in the 50s and even so now it’s hard to find a meaty spec read with a similar character. Like any reader out there, I like seeing heroines who resemble me and my friends kicking butt, showing a little vulnerability and still getting her hero in the end. ;-) 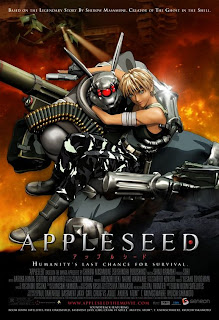 The SFR genre is pretty new in contemporary mainstream publishing times but romance has always been a prominent part of the visual element of the genre, particularly in film. Star Wars is often cited as a good combination of adventure, romance and action in a futuristic setting but there are others who have made use of both genres well.

The Fifth Element is a movie as much about stepping up to save humanity from destruction as it is about finding out what’s worth fighting and living for as humans (love). Blade Runner is sci-fi noir at its best, centering around beaten cop and possible replicant Rick Deckard who is on the trail of renegade killer cyborgs. In true noir fashion, he eventually finds out one of the replicants is a recently discovered hidden model…and the one he eventually falls in love with.

The Appleseed movies—based on the graphic novel from Masamune Shirow—showcases a war devastated future about man and machine living in harmony in the utopia of Olympus. The internal conflict deals with main character Deunan Knute coming to terms with the fact that the love of her life, Briareos Hecatonchires, is alive and now a cyborg. The sequel, Appleseed Ex Machina, offers up an interesting love triangle with Deunan gaining a new partner after Briareos falls to injury on a run…curiously her new partner has Briareos’ old face and body.

With a mixture of action and adventure, futuristic commentary, awesome effects and production in an otherworldly setting and strong chemistry between its characters, it’s no surprise that romance between a diverse set of characters from different cultures and backgrounds will continue to gain momentum in the future of the narrative word. 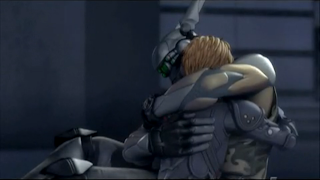 Romance-Adventure-Mystery is Rae Lori’s motto as she strives to write stories that are romantic yet adventurous no matter what time period and setting. With a love for film, vampires and visual storytelling she couples the visual with art of the written word to tell her stories. Rae makes her home in the Southwest where she pens her stories and works as a graphic designer.