Parallel Universe: How Do We Market The Diversity of Science Fiction Romance? by Marcella Burnard

Heather's note: Author Marcella Burnard (ENEMY WITHIN) kindly provided another post when I had an unexpected schedule change. Her other post about extraordinary heroines will appear on 7/31.

Science Fiction has baggage. The genre is burdened by the perception that scifi is for smart people. Romance is encumbered by the perception that it’s just stupid girl stuff (and yes, I’m quoting males known to me, but who, for the protection of their dubiously valued lives, shall remain nameless). Now, add the depth and breadth of diversity – sexual orientation, ethnicity, interracial relationships, religion, politics, etc – and I wonder how you market that.

At my most cynical, I wonder whether you should market that.

Ultimately, I think the answer is yes, but with caveats. Identify the market. Let’s face it. A big portion of Middle America is going to actively avoid the kinds of relationships, religions and politics most SFR authors write about. That’s the bad news. The good news is that most of us have already worked out the demographic mostly likely to embrace the accepting worlds SFR encompasses.

They are:
1.Highly educated – typically college degree or above

2.Young – or at least Gen X and later tends to be more accepting of diverse lifestyles (I have stats on this from a non-fiction book that’s 40 miles from where I am right now. Of course…I’ll grab it and post the source material in comments.)

These are gross generalizations, naturally, because I bet every single one of us has an older relative living in a rural setting who hoards a secret stash of dog-eared science fiction novels. (Hi, Aunt Betty!) But these are established, die-hard fans of the genre. We’re after the new blood. So how do we as authors and readers reach the savvy, urbane hipsters of the world when a number of SFR authors are admitted geeks? Twitter? Other social networking sites? Offering workshops on college campuses? Signings at local, tragically hip Tapas bars? Do I have to drink absinthe?

Bring on the brainstorming. Where and how would you go about attracting new readers to the genre? 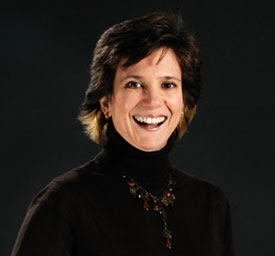