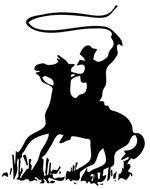 I’ve compiled a list of the forthcoming science fiction romance titles from mainstream print publishers for 2009. Included below are links to more information about each book, and by clicking through you can read blurbs and/or excerpts.

But, I need your help!

I need this information for you, my ultra hip passengers, as well as another exciting development (but that's off the record, on the QT, and very hush-hush, for now).

Authors, please leave the information in the comment section or email me at sfrgalaxy “at” gmail.com.

Jess Granger – BEYOND THE RAIN August 2009