The title from one of The Rejecter’s recent posts, In These Harsh Economic Times, belies what is basically a hopeful message—that publishing is a “fairly stable industry in that people always want/need books.”

One commenter noted that “tough times are fruitful for bringing worthwhile material to market.”

Clearly, the author of that comment must have had science fiction romance on the brain! But another comment was difficult to miss:

“I’m repped by a top agent who sells an average of 200 books a year (herself, not counting the books her junior agents sell), and even she acknowledges that the pub industry is in the toilet right now. A bunch of deals she had inked in the fall got abruptly 'cancelled' in December, and publishers also starting canceling second and third books on multibook contracts she negotiated. Meanwhile, many of the editors she works with have stopped buying. She doesn’t expect things to loosen up for at least six months, if not longer.

But she says that it WILL loosen up, it’s just a matter of when.”


In Reading and Recharging, Sarah over at Smart Bitches shared that she “…spoke with some of the authors attending the PASIC conference this weekend, and from their stories, the tone of the industry was both grim and determined. Orders are down, sales are down, print runs are down… yet romance is not as dire as other sections of the publishing world.” 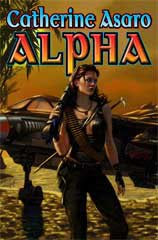 It occurred to me that when it comes to science fiction romance, we have the power to prepare for the when part ahead of time. Not only are there existing authors with books that have yet to reach the masses, but there are also the stories yet to be published—and written. If Lady Luck needs a little support, reinforcement, Red Bull, whatever, I believe there’s a way to make that happen.

Networking, and the information exchange that often accompanies it, is one way to ferret out possibilities that we might otherwise overlook.

Therefore, it behooves me to launch a virtual Rolodex, starting with the movers & shakers in science fiction romance.

Although literary agents aren’t the only route to getting more SFR on the shelves, right now they are still the key when it comes to facilitating book deals that result in major distribution of the product. Many if not most aspiring SFR authors are on the lookout for a visionary agent willing to consider this subgenre.

Therefore, I’m presenting a list of agents who have sold SFR in the past several years, with the author name(s) in parentheses. (This list does not represent an endorsement of any agent, and research is the responsibility of the querying writer.)

Laura Bradford also represents Stacey Klemstein, but the sale was for a YA novel.

Kristin Nelson recently promoted her assistant Sara Megibow to Associate Literary Agent. In her announcement post, Ms. Megibow stated that SF&F “is probably my all time favorite genre.” Regarding romance, she writes, “I’m a romantic, so about any subgenre works for me (except inspirational) as long as the writing is superior and the characters are solid.”

Hmmm, let’s do the math!

That’s not an exhaustive list, but perhaps these agents are more willing to consider SFR submissions than others would be. And since these ladies and gents can’t represent every SFR author, it’s important to be on the lookout for new agents.

If anyone knows of any other agents with known SFR sales, let me know in the comments and I’ll update the list accordingly.

Bantam, Berkley, Ace, Eos, Tor, Baen, Dorchester…those are just a few of the mainstream print publishers who have released science fiction romance novels. Surprise, surprise: You need an agent for most of them (Tor, Baen, and Dorchester being exceptions).

But what’s happening with Dorchester’s Shomi line? I can’t find any information about future releases, and rumor has it that the line is having some problems. Will Dorchester continue to be a player in science fiction romance? That remains to be seen….

But don’t shelve that manuscript just yet! There’s a universe of opportunity in small press/epublishers.

Angela James, Executive Editor of Samhain Publishing, blogged last week about what type of submissions she and her team of editors are currently seeking in What (Samhain) editors want. THREE of the editors, including Ms. James, cited SF/futuristic romances among their interests.

In a word: Player.

Desert Breeze Publishing is another epublisher that accepts science fiction romance submissions. And then there’s the small press/epublishers who will consider m/m SFR.

Science fiction romance requires lots of nurturing right now, and lots of flexibility on the part of aspiring authors who want to break in. The reality is that small press/epublishers will be more amenable to these stories from new authors. Those are also the sources for more experimental SFR stories. And speaking of reality….

You bet the tight market for SFR is a playah. For one thing, science fiction romance is not on everyone’s lips the way paranormal romance is. One glance at the agent list above makes it pretty clear how nigh impossible it is to land representation for this subgenre. Especially now. It could change in a few years. (Wait, did I just say years? Ugh. A bitter pill, but the likely prescription nonetheless.)

At the rate of one or two debut SFR authors/novels a year, we risk running even lower on our selection of new books to read—especially if you’re a reader who prefers print or who can’t quite afford an ereader just yet.

I can shout as loud as I like about SFR’s fantabulous nature, but that doesn’t change its niche genre status one iota. Or does it…?

Remember Racer X in MACH GO GO GO (a.k.a SPEED RACER)? Er, okay, maybe you don’t, but Racer X worked tirelessly behind the scenes to not only protect Speed from nefarious villains, but also help him win races.

Well, science fiction romance has its very own Racer X, whose secret identity will soon be revealed…!

And then there's Curious George

This is George. He was a good little monkey, and always very curious. He heard about the challenges facing science fiction romance from his friend, The Man in the Yellow Hat.

George was curious. Could he help?

Well...probably not (unless getting more SFR published involves bouncing some balls or appropriating strangers' hats). But, it’s the thought that counts, George! Grab a banana on us anyway.

In the meantime, George didn't corner the market on curiosity. If you’re an author (aspiring or published) with a hot tip to share, hit me up!

If you’re a reader, please share some SFR titles you’ve purchased recently. We could all use the good news.