Of Robots, Androids, and Cyborgs...

A recent exchange with TGE passenger BevBB (Bev’s Books) made me realize that I was overdue for a post about robots, androids and cyborgs—namely, a handy guide to these wonders of futuristic engineering.

Immersed as I’ve been in the culture of SF, I sometimes forget how perplexing many of the genre’s tropes can appear to the uninitiated. Therefore, I reasoned that readers new to science fiction romance might have an easier time with the learning curve if there are references available. 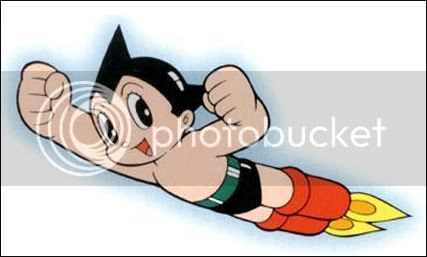 With that in mind, I compiled basic information about robots, androids, and cyborgs. These kinds of characters are pretty ubiquitous in SF/SFR, but the distinctions between them can get pretty complicated.

Robot—“…an electro-mechanical machine which is guided by computer or electronic programming.”

Droid—“Droids are robots seen in STAR WARS, DOCTOR WHO, and BEN 10 and is a registered trademark of Lucasfilm Ltd.”

Android—“An android is a robot or synthetic organism designed to look and act like a human.”

Cyborg/biomechanoid—A being who is a “synthesis of organic and synthetic parts.” 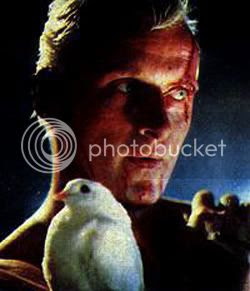 Replicant—“…a bioengineered or biorobotic being created in the film BLADE RUNNER (1982).”

Automaton—steampunk robot or android. Automatons are powered by steam, electricity, or clockwork mechanisms. (Did you know…the term "android" appears in US patents as early as 1863 in reference to miniature humanlike toy automations? Holy rivets & dirigibles, Batman! If that’s not a steampunk romance in the making, I don’t know what is!!)

In science fiction, “Authors have used the term android in more diverse ways than robot or cyborg. In some fictional works, the difference between a robot and android is only their appearance, with androids being made to look like humans on the outside but with robot-like internal mechanics. In other stories, authors have used the word 'android' to mean a wholly organic, yet artificial, creation. Other fictional depictions of androids fall somewhere in between."

Another factor related to the nature of robots, androids, and cyborgs is that of artificial intelligence. Science fiction associates…AI with such human traits as consciousness, sentience, sapience and self-awareness. There are loads of stories about androids evolving to the point of sentience, usually involving an exploration of the consequences/implications.

Frequently—and confusingly—a robot or android character seems to be sentient, but it’s actually an anthropomorphic device in play. Sometimes this device is used to good effect; other times it’s just annoying (case in point: Twiki from BUCK ROGERS IN THE 25TH CENTURY, Rosie the maid from THE JETSONS,Vicki from SMALL WONDER).

Below is a sampling of who’s what from some popular SF shows and films: 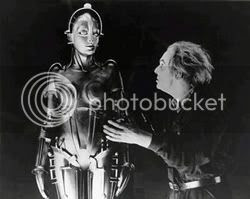 Data (STAR TREK: THE NEXT GENERATION)—android 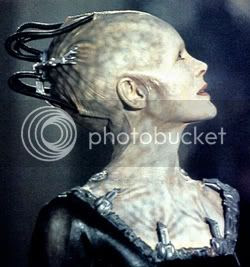 “The Cylons of the 1978/1980 series are…an advanced reptilian race who created the robots (who were referred to as Cylons within the show) to serve them, maintain their vast empire and to man their military forces in the face of a sudden population drop that eventually led to the Cylons' extinction…”

In the updated [2003] version, the Cylons were created by humans as cybernetic workers and soldiers…the reimagined series includes twelve Cylon models that are nearly indistinguishable from human beings…Much of the Cylons' technology is based heavily on bioengineering and/or synthetic biology rather than conventional robotics. 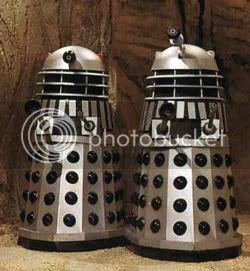 Daleks (DOCTOR WHO)—“…organisms from the planet Skaro, integrated within a tank-like mechanical casing.

The above is barely the tip of the robotic iceberg.

For a handy big-ass reference, you can also check out Wikipedia’s comprehensive list of fictional robots and androids. Warning: it’s highly addictive.