Lots to cover so on your mark, get set, go! 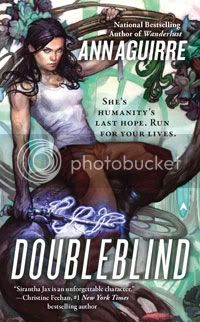 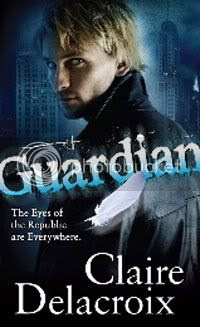 The Eyes of the Republic are Everywhere.

The victim of what she believes is a malicious kidnapping, seer Delilah Desjardins quickly realizes that her abductor is on a mission to save her from assassins. Rafe, a fallen angel, must ensure that Delilah, blessed with the gift of foresight, reaches her true calling as an oracle for the Republic--and if his divine calling results in a more earthly relationship between the two of them, well, he doesn’t mind that at all.

Drawn to Rafe, but fearing the loss of her gifts should she surrender to his charms, Delilah knows she has to leave him. But fleeing his guardianship sets the assassins on her trail again. As Rafe races to save Delilah, he knows he isn’t just saving her for the good of the Republic, for the angels, or for the future--he’s saving her for himself.

Read an excerpt of GUARDIAN here. The author guest blogged about GUARDIAN at RR@H Novel Thoughts & Book Talk in Angels Among Us?. 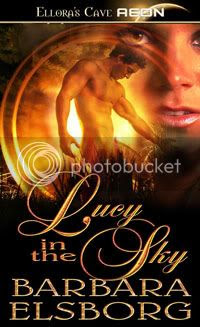 When you wake up to find a spaceship in your backyard, what do you do? Choose from three:

Phone the police.
Scream.
Go yell at the alien for wrecking your garden.

Lucy storms out of her house to confront the inept pilot and the last option turns out to be both the right and wrong choice when she finds the gorgeous hunk’s name is Three. She’s torn between fury that he’s not only crushed her roses but decapitated her statue of Eros, and a longing that he enliven her boring life and whisk her to the stars. Three doesn’t give her a choice when he throws her over his broad shoulders and takes her into space. Lucy soon finds herself exploring alien territory in ways she never imagined.

Three’s efforts to hide and protect her on the mother ship are stymied by his inability to keep his hands—and other body parts—off the luscious Lucy, and it looks as if her immediate fate might be a solo trip into space without a spacesuit.

You can read an excerpt of LUCY IN THE SKY here.

Now for other news in the science fiction romance universe: 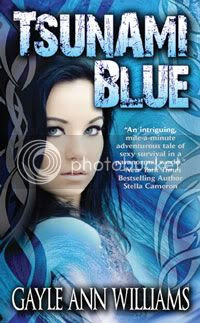 Online College has posted the 100 Best Blogs for Book Reviews. The team was kind enough to include The Galaxy Express in the “Science Fiction, Fantasy, and Adventure” category. Please do check out this amazing list.

Not to be outdone by Steampunk Romance Day here at The Galaxy Express (*tongue firmly in cheek*), Tor.com has declared October as Steampunk Month! Looks pretty dang swell!

Interview with Katie Macalister (STEAMED) (Thanks to SciFi Guy for the link. Check out his recent, fantastic Urban Fantasy Weekend Report).

The title says it all: Google’s move into e-books could be explosive. (Thanks to Rowena Cherry for the link).

At Romancing The Blog, Croco Designs presents a behind the scenes look at covers in Crowdsourcing. Stock images aren’t just for ebooks anymore—mainstream print publishers are increasingly jumping on the stock image bandwagon.

Jason Henninger presents the post SpecFicSex at Tor.com. I really need to get over there and post on “SpecFicRomance,” eh? (Thanks to Dirty Sexy Books for the link.)

Over at Spacefreighters’ Lounge, Donna S. Frelick blogs about the importance of Putting Yourself Out There/RWA Part II

She Writes “is a new social network” for women writers. Lots of ideas for promotion at this site.