Heroines Can Be Heroes, Too

The May 4, 2012, issue of Entertainment Weekly features an interview with Joss Whedon and the cast of THE AVENGERS. At one point, the interview turned to the topic of female superheroes: 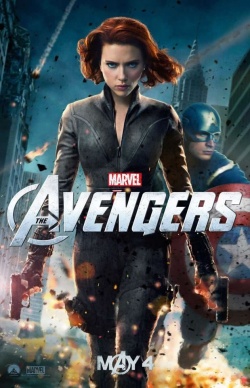 [EW:] There are a lot of female superheroes in comics, but why so few on film? Joss, you tried to make a Wonder Woman movie for several years, right?

Whedon: Studios will tell you: A woman cannot headline an action movie. After The Hunger Games they might stop telling you that a little bit. Whatever you think of the movie, it’s done a great service.


That exchange made me feel intensely emotional. I was hit with a one-two punch of a) hope at the prospect of cinematic change that THE HUNGER GAMES might usher in for female movie action stars and b) oppression upon being reminded about the toxic message that a woman can’t.

I realized that I’m very, very tired of being told such a blatant untruth by the powers that be—especially when we’re talking about fiction. I’m tired and have been tired for a long time about female action heroines and female superheroes being stuck in mediocre films and/or lacking a compelling heroic journey.

One reason I’m so invested in science fiction romance is that many authors create strong, compelling heroines who play an equal part in saving the day (or sometimes do it all by themselves). This investment has deep roots for me.

Back when I was first exposed to the anime series SPACE BATTLESHIP YAMATO, I developed a mad crush on heroine Mori Yuki. She was part of an exciting adventure that totally blew my mind.

Yet at the same time I felt frustrated by her role limitations. Using daydreams, I spun stories in which I’d project a lot of kick-butt qualities onto her. I did that because I believed she had the potential. I needed to believe that about her. I wanted to see Yuki in active combat far more than was ever shown. I saw her as cool as her male counterparts were.


My interest in sci-fi romance is a continuation of that yearning for a woman to have a lead role in adventure stories. Whenever I encounter a heroine who is good with guns or a smart strategist or leads an army into battle it’s incredibly fulfilling. The emotion I associate with these heroines is elation. Regardless of type, I much prefer stories in which heroines have a heroic journey as compelling as the hero’s.

I also know that this kind of thinking runs contrary to many of the stories that other romance readers want (and hence, that many publishers want to sell to readers). The default is that the hero will save the day. There’s nothing wrong with that fantasy, but with digital publishing, now there’s room for others.

Heroines can be heroic, too. There's no excuse for can't.

Much as I enjoy stories with a single hero protagonist, increasingly these days I’m looking for an alternative to that. The AVENGERS is about a hero collective. Well, why shouldn’t science fiction romance take the lead when it comes to dual-hero stories?

Many of the stories feature external threats that the couple must overcome. I find the idea of a sci-fi romance couple being heroic together, in equal amounts, to be innovative and fresh, not to mention awfully romantic.