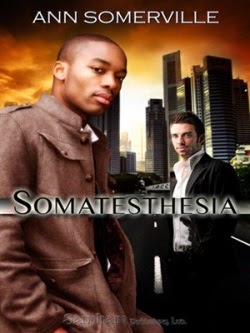 
Does SFR really want to send the message that the only people deserving of love and romance are white, cisgendered people? 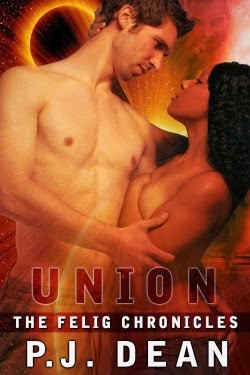 Science fiction romance has a visibility challenge as is, but it's even more of a challenge for authors of color and books featuring diverse characters. P.J. Dean's Felig Chronicles (of which there are three books so far) provided me with a reading experience that prompted me to reflect on that issue even more.


Her books contain elements that I rarely encounter in SFR. While reading, I was trying to put my finger on why her style appealed to me. One scene gave me that “A-ha!” moment: the hero and heroine are eating at a restaurant. The text acknowledges "a black pair" sitting at another table in the restaurant. This, among many other details in the books, is significant because too often in Western-centric SFRs the default setting is white. In my reading experience, skin color isn’t described in many instances because it’s assumed (and therefore the reader is instructed to assume) that the secondary and background characters are white.


Even though we live in highly diverse cultures around the globe, PoC characters aren't the default setting in many, if not most, sci-fi romances. That right there is a big reason SFR needs more diverse books.


Overall, the Felig Chronicles was notable for me in terms of its multicultural and interracial approach. Certain details made the stories so fresh that I want such details in all of the SFRs I read. 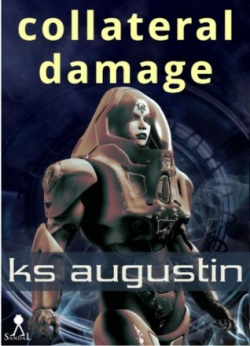 Not only that, but the stories feature an ensemble cast of family-like characters. I'm going to refer (yet again!) to Donna S. Frelick's Spacefreighters Lounge post  in which she wondered if SFRs featuring a "warm circle" of family and friends would help the genre "attract a wider audience."


The Felig Chronicles series demonstrates that authors are writing such books. Throughout the series so far, the hero and heroine surround themselves with family and friends who are supportive of their cause (a fight against alien invaders). The community/family aspect is an integral part of the stories.


So why does it feel like perilously few in the SFR community are celebrating these books and others, especially those by PoC authors? When I encounter sci-fi romances featuring elements that readers say they want or that include elements that enrich SFR and yet are routinely ignored, I have to wonder why.


Here are at least two factors at play, and they're interrelated:


1) All the reasons that inhibit readers from seeking out diverse authors and stories, and authors from writing them. This is a time to look in the mirror and ask ourselves one question: are we operating on unexamined prejudices?


2) A book’s purported lack of pedigree


The pedigree issue, which I've blogged about previously, is a huge factor. Time and again, I’ve witnessed a strong preoccupation with "name" authors of SFR and even just Big 5 authors (regardless of brand power) and their books. Subjective taste is one thing, but allowing obvious privileges of marketing to affect one’s opinions of sci-fi romance books is quite another.


As fans and authors of science fiction romance, we often express our desire for this genre to gain a wider readership. Well, that’ll be difficult to accomplish if the stories aren’t demonstrating inclusivity by serving underserved readers and boosting the signals of PoC and LGBQT authors.


No one book is for everyone, but it might be to someone’s taste, so even just highlighting the cover and blurb alone is a valuable service.

Let's also consider the future readers of adult science fiction romance. When they grow old enough to seek it out, we can point with pride to all of its wonderful diversity!

SFR needs more diverse books. Let’s make it happen. Step up to the podium and share how you’d like to contribute.