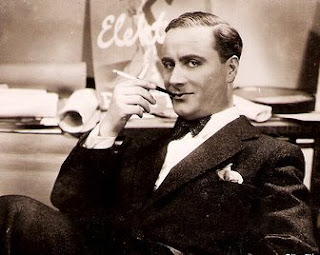 So Harvey’s agreed to see us for five minutes. That translates into two—while he’s checking email. We gotta make it good. I ask Jane if she’s ready. She nods a quick affirmative. And with that, into the lion’s den we go.

Harvey looks up. “FOX just opened at number one because of that POS kid’s thing…the one with the talking goat. Didn’t we turn that down?”

Yes, we did. So did every other studio. He wants me to rat out whose fault it is. I don’t take the bait. “No idea, Harvey. We see a lot of properties here.”

The man shakes his head as his eyes drift to his iPhone. He’s checking his email, right on schedule. The clock is now ticking. Two minutes. Thanks, Steve Jobs. “So whatta you got?”

I cast a look to Jane. She reads my thoughts and takes the lead. “Well, the latest from market research says the public’s trending to a new genre—science fiction romance. It’s getting tremendous buzz online. Tremendous.”

Harvey’s face sours, but remains transfixed on the iPhone. What's the cause? Could be us, could be the wife, could be spam. Impossible to tell at this juncture. Jane remains silent, casting a furtive glace to me. We have approximately 1 minute and 38 seconds left. Silence fills the room.

Finally, Harvey mutters an expletive. It was the wife. Whew. Without looking up, he continues: “Oh, yeah. So what’s that? Like THE BIONIC WOMAN or something?”

Jane’s crystal blue eyes bore into mine. The verbal baton passes. I take the lead.

“Imagine STAR TREK meets THE LOVE BOAT. It’s like that.” Harvey can only relate to properties over thirty years old, so everything is pitched this way. I thank God for IMDb’s power search by year every night.

48 seconds remain. Harvey taps his electronic friend. Beside me, Jane shifts oh so slightly. We both know what this means. He’s thinking.

“THE LOVE BOAT in space, huh…? How will it do in foreign?”

“Europe’s hot for it, too. We’ve been tracking sales of…”

Harvey waves Jane silent. His eyes meet ours for the first time since stepping into his pristine imported 17th century Italian coiffed office. “Greenlight three. $100 million each. We lost our last tentpole after that idiot director tried to turn it into an arthouse pic.”

The words strike us. Jane and I betray nothing. Inside, our hearts just catapulted over our medulla oblongatas—twice. “T-three. Got it,” I say.

With 20 seconds remaining, we turn to take our exit.

“Just don’t forget one thing.” The words plunge into my back, freezing every corpuscle in my blood.

The message is clear. It always is. If Satan were alive and living on this earth, he’d be a studio exec with a penchant for iPhones.

“You got it, Harvey. No problem,” I add with as much aplomb as I can muster.

And with that, we take our leave. Another day, another $300 million spent.

So, my dear passengers, put yourself in their shoes. If you were the producer of one of these films, which published science fiction romance book would you adapt for the big screen? What elements would you heighten/change in order to make it appeal to the widest demographic audience possible—audiences who aren’t familiar with SFR? Who would you cast?

Just remember—don’t go over budget, or Harvey will be extremely…vexed.