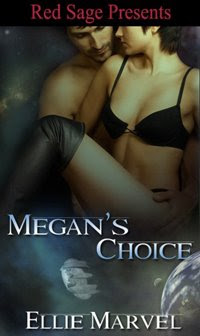 Science fiction romance has many champions. They are the visionaries and risk takers who, like the frontier pioneers of old, actively seek out stories that are unusual, ahead of their time, and even just plain wild.

Red Sage Publishing is one such champion. From its Web site:

Red Sage discovered authors who later went on to publish science fiction romance for mainstream audiences. These authors include Angela Knight, Susan Kearney, and Liz Maverick. We might not have had their stories if it weren’t for the progressive thinking of publishers like Red Sage.

2009 marks Red Sage’s 15th anniversary. To help celebrate this event, the forthcoming newsletter features a spotlight on science fiction romance! It was my immense pleasure to write an article for it. Click here to subscribe (it’s free) so you can check out the article as well as a selection of spicy stories with a science fiction twist.

I’m also excited to present an interview with Red Sage Managing Editor Theresa Stevens! Read on to learn about how Red Sage bucks the “shame game,” holosex, and one of the publisher’s exciting new expansions.

It didn’t make sense, and Red Sage decided to celebrate the sexual nature of a romantic relationship with books that refused to play the shame game. In that climate, for a brand new publisher with an untried product, unknown authors, and a mission that cut against the grain, the only way to break into bookstores was by emphasizing quality. The goal was always to appeal to romance readers. But the sales pitches talked a lot about Anais Nin, Henry Miller, The Story of O, and other classic erotica. Booksellers “got” it right away. And as to the rest—well, we’re pretty good at ignoring those pinched prune faces. Fifteen years experience, you know. 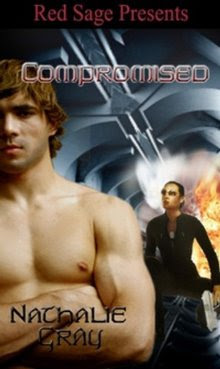 TGE: Red Sage seems to frame risk-taking as a challenge instead of an obstacle. How did that approach pay off in terms of growth and discovering new authors?

TS: What a great question. I never thought of it this way. We just don’t frame our thoughts in terms of obstacles. We’ve made some choices that didn’t quite pay off as we’d hoped, but there has never been a sense that there’s danger in trying something or someone new. We’re not taking risks. We’re implementing a proven strategy. And our eyes are on the horizon. We’re building our house brick by brick with the expectation that it will stand forever.

The market goes up, and the market goes down. We can’t control any of that. What we can do is buy the best stories we can find, edit them until they sparkle, give them gorgeous covers, and support them in the marketplace. Right from the start, we knew that quality was more important than the latest trend. This is why, for example, we were able to buy from authors like Angela Knight, Liz Maverick, MaryJanice Davidson, and Emma Holly in the early days. They were trendsetters, not trend followers, and they were well ahead of the curve. We got behind them because they wrote compelling stories, and we knew that readers would catch up to them.

Earlier this spring, someone said to me that all of Red Sage’s successes seemed to come early on and the newer authors weren’t breaking out. I had to laugh because just that week, one of our authors, Larissa Ione (Secrets 18 and 21) had hit the USA Today bestseller list. I reminded my friend that it takes time to make an overnight sensation, and that the earlier volumes had been around long enough for the magic to work. (And then I had the distinct pleasure of calling my friend back a week later to let her know Larissa had hit the NYT list. Ah, good times.)

TS: All storytelling is about people in motion against a background. World-building is the background—an important component, but not the entire book. You don’t want your characters play-acting on a bare stage, but you also don’t want the stage to swamp the people on it. Find the balance. I know that’s pretty standard advice, but judging from some of our submissions, it’s advice that aspiring writers still need to hear. 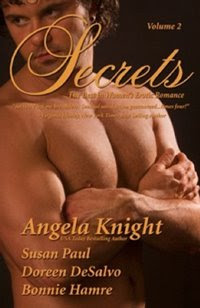 TGE: Please tell us about your ebooks division. What has this direction meant for Red Sage and its readers?

TS: Well, what an adventure the e-books market has turned out to be. From a business perspective, it’s frustrating and wonderful. Frustrating because we can’t control things like DRM and formatting and hardware, all of which are so crucial to the success of e-books. And wonderful because we know, we all know, that we’re on the cusp of something that will change the world forever.

At a more basic level, we can produce more stories in a given year, thanks to e-books. The print marketplace will only support a certain number of Secrets releases in a year, and e-books are the perfect workaround. Readers can get a one-story “fix” between anthos. Or they can build their own anthos by buying as many individual stories as they choose. And it’s much more immediate than print. We can buy a story and bring it to market in weeks rather than months or even years. That’s pretty cool. There’s power in this kind of flexibility, and I do love hearing all the stories from Secrets junkies who stalk our website for new e-books now. They’ve caught on to the fact that our e-books are every bit as good as our print releases.

TS: Fifteen years from now, when we celebrate our 30th anniversary, we will be closing in on our 100th volume of Secrets. Of course, by then, paper will be obsolete. The stories will be implanted directly into our brains on a pulse of light….

Mmm, maybe not. We might have to save that for our centennial.

Our water-cooler slogan lately has been, “Today, Japan! Tomorrow, the universe!” This is because we just inked a deal to translate and distribute our stories in Japan. It’s our first foreign language subrights deal, but it won’t be our last. I can’t go into details—we don’t announce preliminary negotiations for PR value, but wait until they’re, you know, real deals. Much of our “next step” deal-making is in early days yet. But there are irons in the fire, and we look forward to the day when world domination is a reality. LOL

Secrets is stable and continues to outperform the market, and the e-books short formats have a solid foundation with good growth prospects. Next comes novels. We’re releasing our second print novel in July 2009 (Object of Desire by Calista Fox), and we’re actively acquiring novel-length e-books with the specific plan to move outside our novella/short story comfort zone. This is something we’ve talked about doing for several years, and we’ve thrown out a couple of test balloons to see how they’d float. Now we’re moving into it in a more purposeful way. I’m excited about this. I love novels.

Ms. Stevens, thank you so much for your insights and inside peek.

Congratulations again, Red Sage, on the occasion of your 15th anniversary.

Postus Scriptus: If you’re interested in submitting to Red Sage, check out the submission guidelines.