Kickin' It With The Natives 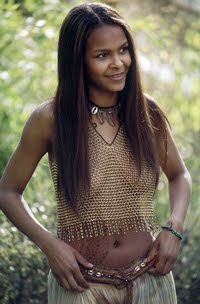 In the pulp SF stories of yore, sometimes it’s a result of discovering a “lost world” replete with buxom, scantily clad cavewomen and dinosaurs (neither of which existed at the same time anyway—I mean, I’ve never seen cave paintings of buxom, scantily clad dinosaurs…have you?!). Other times, it occurs as a result of interstellar travel to other planets, where the natives are often humanoid. In the case of romance, this is often pretty dang convenient!

Science fiction romance is not immune, having its share of encounters of the primitive kind. 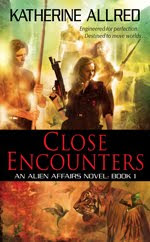 I’m intrigued by the fact that several books released within the past couple of years involved encounters between the protagonists from advanced, space faring cultures and characters from primitive cultures: Katherine Allred’s CLOSE ENCOUNTERS, Jess Granger’s BEYOND THE RAIN, and Sandra McDonald’s THE OUTBACK STARS trilogy. Beyond that connection, there are no similarities between these books. Each encounter is executed differently, and in Allred’s book there’s even a big twist on the theme.

Reading the above books made me realize how much of a fascination we have with the juxtaposition of advanced and primitive cultures. Naturally, it begs the question of how does one define “advanced” and “primitive.” I’m sure that discussion could last for weeks. 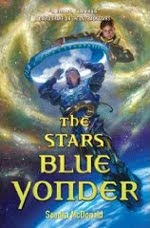 I had some thoughts on why SF, and by extension, SFR, frequently returns to the well of primitive cultures for stories:

* It reflects our fascination with our own past

* It explores the idea that returning to primitive ways is somehow threatening, or on the other hand, salvation (i.e., an appreciation of the simple things in life, or natural resources)

* It explores the idea that an advanced, space-faring culture interfering in any way with a more primitive culture could cause problems (e.g., STAR TREK’s prime directive, but the device is also used in other SF stories.)

* It’s a value judgment about the primitive culture, the technologically advanced culture, or both.

* In the case of romance, it’s a way to explore how a relationship between characters from each culture would unfold. 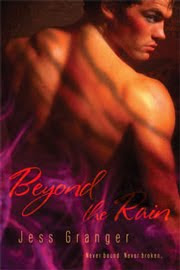 I’m sure there are more. What’s your take? Know of any other books or films that feature these types of encounters? When does it work well, and when does it fall short of good speculative fiction/romance?